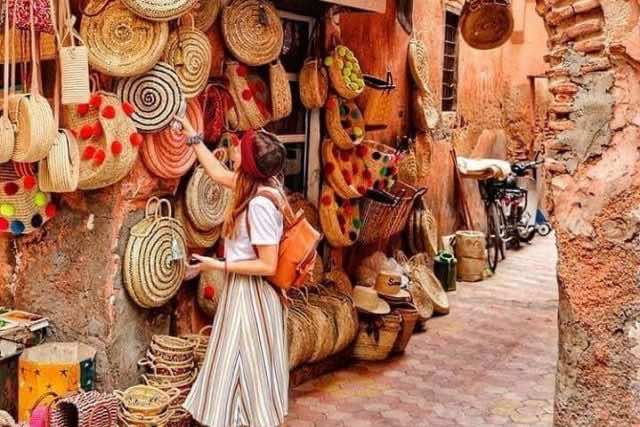 By
Kawtar Ennaji
-
Kawtar Ennaji is a journalist and translator at Morocco World News, MA holder from King Fahd School of Translation
Sep 5, 2019
Spread the love

In the Travel & Tourism Competitiveness Index (TTCI) overall rankings, Morocco came 66th with a score of 3.9 exceeding the average in the MENA region, but barely over the global average.

Spain, France, and Germany all took 1st place with a score of 5.4.

Morocco dropped one rank compared to 2017. However, the report labeled Morocco as the most improved country in Business Environment and Air Transport Infrastructure ‘pillars’.

Morocco was the top scorer in the Prioritization of Travel & Tourism (T&T). The kingdom ranked 26th globally thanks to government prioritization of T&T (30th), availability of data (16th) and above regional average effectiveness in tourism marketing (41st).

The same applies to Natural Resources, in which Morocco was also the top scorer. The country ranked “63rd globally thanks to the degree to which natural assets are a reason for tourist arrivals (52nd) and digital demand (27th).”

In the regional analysis section, the TTCI report mentioned how “the region (MENA) is plagued by geopolitical tensions, instability, and conflict.”

“Security concerns also play a role in why MENA members are some of the most restrictive when it comes to international openness,” explained the report, excluding only Qatar, Oman, and Morocco for making significant improvements.

The TTCI report stated that although “all four members of the North Africa subregion increased their TTCI scores over 2017, Morocco demonstrates North Africa’s slowest improvement in TTCI performance.”

The report found that Egypt (65th) is the subregion’s top scorer and its largest T&T economy. The country is also MENA’s most improved scorer.

Morocco, on the other hand, is a close second to Egypt when it comes to overall competitiveness. The kingdom boasts the MENA region’s top TTCI scores on natural resources (63rd), North Africa’s best enabling environment (71st), infrastructure (69th), and tourist service infrastructure (78th).

Each sub-index is composed of 14 pillars and 90 individual indicators, distributed among the different pillars.