Saudi Arabia sold the building for a “third of its value” to anonymous buyers. 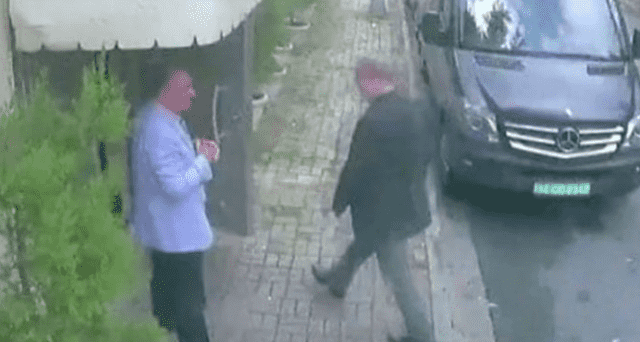 Rabat –  Saudi Arabia has sold its consulate building in Istanbul Turkey. The building was the scene of the violent murder of where prominent journalist Jamal Khashoggi.

Turkish television channel Habturk TV, according to Al Jazeera, reported that Saudi Arabia sold the building more than a month ago.

The television channel said that “a new building for the consulate had already been purchased in Sariyer district, which also hosts the US Consulate.”

The news came less than a month before the first anniversary of the killing of Khashoggi in the consulate of Saudi Arabia in October 2018.

Saudi Arabia has not yet confirmed the sale.

The sale follows the release of an audio transcript, which provided more details about the murder of Khashoggi.

Earlier this month, Turkish news outlet Daily Sabah shared part of a conversation recorded before and during the murder of the journalist.

The conversation documents a talk between Maher Abdulaziz and Salah Muhammed Al Tubaigy,  two people allegedly involved in the killing of Khashoggi.

During the conversation, Mutreb asked Al Tubaigy if a bag would fit the body.

“No. Too heavy, very tall too,” Al Tubaigy answered.

He added,  “I’ve always worked on cadavers. I know how to cut very well. I have never worked on a warm body though, but I’ll also manage that easily. I normally put on my earphones and listen to music when I cut cadavers.”

Upon his arrival, Khashoggi was received by Mutreb who asked him to “sit.”

“We have to take you back,” Mutreb told Khashoggi.

The senior Saudi intelligence officer said that there was an order from Interpol to return Khashoggi to  Saudi Arabia.

“Interpol demanded you to be returned. We are here to take you,” Mutreb said.

Khashoggi answered that there were no lawsuits against him.

The hit squad then drugged the journalist.

His last words in the audio were to ask the murderers who were trying to drug him to let him go.

“I have asthma. Do not do it, you will suffocate me.”

Al Jazeera quoted the Turkish television channel emphasizing that Saudi Arabia is also attempting to “sell the consul general’s official residence, which is located very close to the consulate. But they can’t yet find a buyer.”