With their team having controversially missed the revenge they dreamt of, fans of Morocco’s Wydad football team will certainly never forget the ES Tunis controversy.

Rabat – Ghosts of the ES Tunis-Wydad scandal continue to haunt fans of the Moroccan club.

Attending a game of African Champions League at the Mohammed V Stadium in Casablanca on Sunday, September 29, fans of Morocco’s Wydad Athletic Club (WAC) sent messages of frustration and disappointment to the Confederation of African Football (CAF).

If the WAC management has still not swallowed the pain of the recent, off-the-field defeat against Esperance de Tunis, the suffering is even more acute and much more unbearable for supporters.

As their team took on Mauritania’s FC Nouadhibou on Sunday (and won 4-1), Wydadi fans seized the moment to let out their undimmed frustration with CAF, the governing body of African football, for what the Moroccan fans see as an unfair, biased decision in the Wydad-ES Tunis controversy.

For Wydadi fans, the 2018-2019 Champions League Final against their Tunisian bete noire is nothing short of the extension of an unforgettable defeat, when the same team beat theirs 8 years ago in the same tournament.

CAF recently decided that the Moroccan club was guilty of refusing to resume the match and had therefore no legal or footballing basis to claim victory.

But where CAF sees fairness and strict compliance with the rules of the game, Wydadi fans, judging from the atmosphere at the Casablanca-based stadium on Sunday and the palpable sense of frustration still driving most of the discussions on their social media platforms, see one of the most obvious cheating examples in the history of the African Champions League.

As the fans brandished an effigy of Walid El Karti’s dismissed equalizer (against ES Tunis) in the stands of the Casablanca stadium on Sunday, some sports outlets were quick to see in the display Wydadi fans’ subversive representation of one of the telling moments of the game against ES Tunis.

The pictures and the songs that accompanied them were an expression of discontent and disappointment with CAF’s final verdict, reports converged. Wydad fans set an example in artistry and “sophisticated protestation,” some Arabic news outlets argued.

But beauty and artistic sophistication were incidental to the message the fans wanted to highlight. At heart, the effigy of El Karti’s valid but dismissed goal aimed to convey a message of pride and pain. It said that, for all the controversy and conflicting reports that have surrounded the Wydad-ES Tunis fiasco, the erroneously dismissed goal is what Wydad fans will always remember from the game in Rades, on the outskirts of Tunis.

“What if this goal had been allowed?” the effigy appeared to say, according to some commentators.

Commenting on the Sunday display by Wydad’s fans, Goal.com, a world-renowned website covering football, said that the effigy echoed the general mood about sophisticated subversiveness. It asserted the picture was a balanced blending of sophistication and subversiveness.

“WAC fans hit the example of sophistication in protesting against CAF,” the website tweeted. By capturing the cancelled goal in an “elegant and artistic” way, the post added, “the public sent a message to African football authorities that this goal is a testimony to the manipulation and corruption that happened. It underlines Wydad’s right to win the title.”

The commentary can seem like an over-interpretation, but it is backed by the general mood of revenge that filled Wydadi ranks as their team prepared to take on ES Tunis.

In late May, while preparing to host the Tunisian club at Rabat’s Moulay Abdellah Stadium for the first leg of the controversial final, Wydad fans were eager for the opportunity to take revenge on an opponent that beat them in 2011 at the same phase of the same tournament.

“We have not yet forgotten the match in Tunis,” one Wydadi said on the eve of the first leg. The supporters cited the ill treatment they faced at the hand of ES Tunis’s fans and the missed goals that could have changed the texture of the game. “This final is an opportunity for us to take a beautiful revenge,” he added.

With their team having been denied the revenge they craved, ES Tunis remains Wydad’s nightmare in the African Champions league. But while Wydadis have not really forgotten 2011, they will remember 2019 differently.

As far as Wydadis see it, they lost in 2011 because of squandered scoring opportunities. Meanwhile, they lost this year’s confrontation because of “corruption” and “extra-sporting complications.” They could have won in 2011, whereas they should have won this year. 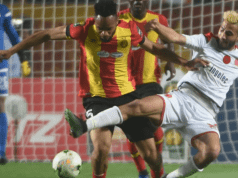 Hours Before Verdict, Tensions Rise Again in the Wydad-EST Case 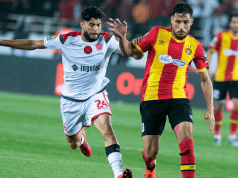