The news was reported by Hilal Al-Quds football club on its Facebook page. 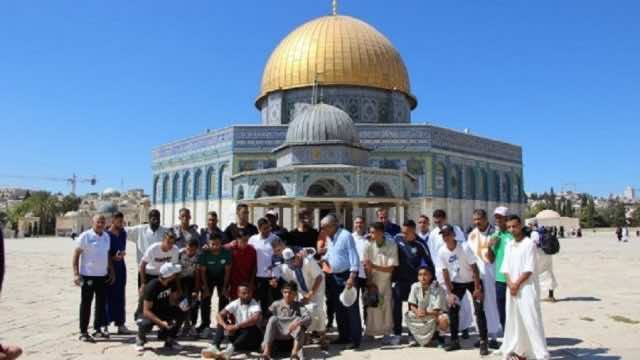 Rabat – The delegation of Raja Athletic Club (RCA) who traveled to Palestine to attend the game against Hilal al-Quds, has taken the opportunity to perform Friday prayer at Al Aqsa mosque.

The news was reported by Hilal Al-Quds on its Facebook page.

RCA won the game (2-0) to qualify for the round of 16 of Mohammed VI cup. The game took place yesterday, September 3, at Faisal al-Husseini International Stadium at 5 pm Moroccan time.

A group of Raja supporters traveled to occupied Palestine to attend the game but Israeli authorities denied them entry following confusion over entry requirements.

The Moroccan embassy in Amman came to the aid of the 28 fans by facilitating their transport from the Jordanian-Palestinian borders to a hotel in Amman. 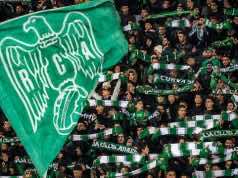