Italian equestrians won first and second place and a Swiss national took third in the final stage of the Morocco Royal Tour for show-jumping.

Following two rounds in the northern city of Tetouan and in Rabat, 49 equestrians competed in the indoor show-jumping final in the coastal city of El Jadida. The contestants came from 14 countries, according to MAP. However, in a press release earlier this month, organizers announced that El Jadida would see equestrians from 20 countries.

With a time of 36.98 seconds, Torchito sealed the win in the Morocco Royal Tour’s final stage on the horse “Baron.”

In all, 108 female equestrians and 215 male equestrians participated in the 10th Morocco Royal Tour. The riders came from 19 different countries, with representatives from Morocco, Belgium, France, the UK, and Saudi Arabia.

The show-jumping competitions in Tetouan and Rabat were qualifying events for the Tokyo Summer Olympics in 2020. 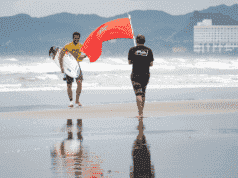