The Agadir-Al Massira International Airport is the third busiest airport in Morocco.

Rabat – The Agadir-Al Massira International Airport is the third busiest in Morocco, having welcomed a total of 1,505,792 passengers between January and September of 2019.

According to a report released by Morocco’s National Airport Authority (ONDA), air traffic during this time increased by 4.55% compared to the same period of the previous year.

Foreign and domestic tourism to Agadir increased by 14% in 2018. A total of 1,117,748 tourists visited the Moroccan port city last year, with domestic tourists accounting for 33% of this figure. 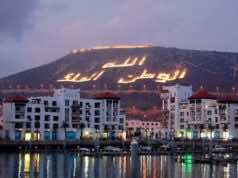 Agadir Benefits from Surge of Domestic Tourism in 2017