The leaked memo draws a picture of highly controlled detention centers where China is systematically wiping out Muslim Uighur culture and language.

By
Susanna Spurgeon
-
Susanna is a former editor at Morocco World News.
Nov 25, 2019
Spread the love

For the past three years China has been rounding up and detaining hundreds of thousands of its Muslim citizens who are part of the Uighur ethnic minority.

The International Consortium of Investigative Journalism received what they are calling “The China Cables” and shared them with the BBC, the Guardian, and 15 other news outlets.

The documents reveal the official policy that detainees were not allowed to leave. Denying the allegations, China calls the detention camps “voluntary” and says they are re-education centers to combat extremism. The Chinese ambassador to the UK said they were merely “vocational education and training centers.”

The camps do have an educational component. Zhu Hailun’s memo instructs staff to teach inmates “the national language (Mandarin), law, and skills.” The policy appears to be aimed at reducing Chinese Muslims’ ties with the Uighur language and culture.

Indeed, the memo states that Mandarin “should be gradually used in daily life to communicate, to integrate ‘de-extremification’ into national language (Mandarin) teaching.”

The memo draws a picture of highly controlled and secure “brainwashing detention centres,” in the Guardian’s words.

“There must be full video surveillance coverage of dormitories and classrooms free of blind spots, ensuring that guards on duty can monitor in real time, record things in detail, and report suspicious circumstances immediately,” Zhu Hailun dictated.

The memo mandates inmates’ “fixed bed position, fixed queue position, fixed classroom seat, and fixed station during skills work, and it is strictly forbidden for this to be changed.”

Staff are also obliged to “implement behavior norms” for everything from eating and sleeping to using the toilet and “closing the door.” Detainees who do not strictly adhere to the norms face consequences, according to the memo. “Increase the discipline and punishment of behavioral violations, and form a serious, standardized and orderly study and living order.”

However, the document, which calls the centers’ Muslim Uighurs “students,” also called for inmates to have contact with their family outside the detention camps. Although they were not to be given cell phones, they should call family once a week “to make their family feel at ease and the students feel safe.”

Staff, too, are to be careful with electronic devices and aware of the importance of “staying secret, serious political discipline and secrecy discipline.”

Monitoring continues outside the camps

According to the BBC, detainees can gain release only if they change their “behaviour, beliefs and language.” Even then, four Communist Party committees must review “evidence they have been transformed.”

After gaining release, the Uighurs “must not leave the line of sight for one year,” the memo states. Local police and grassroots organizations should “help” and “control” newly-released Muslims to make sure “not even one person leaks out.”

Morocco World News contacted the Chinese embassy in Rabat but did not receive a response by the time of publishing.

The BBC reports that China’s embassies and consulates are implicated in the China Cables as helping to track Uighurs living outside China.

The Chinese ambassador to the UK described the China Cables as “pure fabrication” in a press conference. He insisted that in China, “Religious freedom is truly respected.”

China has imprisoned as many as 1 million Muslim Uighurs in the detention centers in the last three years.

The Guardian reported that China is also destroying Muslim Uighur burial grounds and that a 2017 law bans “naming of children to exaggerate religious fervour.” 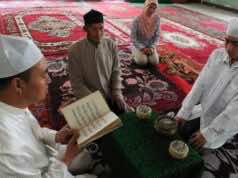 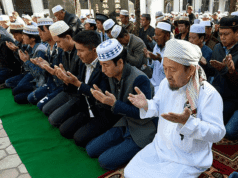