King Mohammed VI is among the Arab leaders who has condemned Israeli moves against Palestinians and the occupied territories.

Rabat – King Mohammed VI has reiterated Morocco’s steadfast position in favor of Palestine and the legitimate rights of its people in a message addressed to celebrate the annual International Day of Solidarity with the Palestinian People, November 29.

The King addressed the message to the chairman of the UN Committee on the Exercise of the Inalienable Rights of the Palestinian People, Cheikh Niang.

The monarch opened his message by reaffirming Morocco’s unwavering position of solidarity with the Palestinian people and an independent Palestine, with East Jerusalem as its capital.

“I should like to take this opportunity to reiterate our solidarity with our Palestinian brothers and reaffirm the Kingdom of Morocco’s immutable position and unwavering support for the Palestinians.”

He said that Palestine and its people should enjoy their legitimate rights and should have the right to establish their “independent state along the lines of 4 June 1967, with East Jerusalem as its capital. These rights are in accordance with international legitimacy and the relevant UN resolutions.”

The monarch also spoke about the effectiveness of the two-state solution, saying that without it there will be no end to one of the longest territorial disputes in the world.

The King remarked that the two-state solution should end the conflict in accordance with international legitimacy resolutions and the Arab Peace Initiative.

He also acknowledged that the peace process has stalled.

“Negotiations between the Palestinians and Israelis have come to a standstill, and illegal, unilateral measures have been taken in the occupied Palestinian territories, we are entitled to wonder about the fate of the two-State solution,” the monarch said.

The King warned that Israeli violations in the region will lead to greater tension, violence, and instability, “prompting forebodings of a future of religious conflict and hatred.” He emphasized that Morocco believes the two-state solution remains the only possible basis for ending the Palestinian-Israeli conflict and achieving a comprehensive peace in the Middle East.

The sovereign said that all efforts put in place will come to nothing unless moves are made to end the Israeli settlement policy in the occupied Palestinian territories.

The King also reiterated that East Jerusalem is the capital of the Palestinian state.

“Therefore, this is one [of] the final status issues which must be resolved through negotiations between the Israeli and Palestinian sides. It is also a critical part in the conflict in the entire Middle East and a core element of the political solution in any settlement between the parties,” he said.

The King is among the world leaders who continue to condemn Israeli actions against the legitimate rights of Palestinians.

It has been just four days since Morocco renewed its steadfast support for Palestine through its Moroccan ambassador to Cairo, Ahmed Tazi.

On November 25, Tazi said in an extraordinary meeting of the Council of Arab Foreign Ministers that Morocco stands with “our Palestinian brothers in their distress and support all their rights, especially the right to establish an independent and viable state of Palestine.”

This month saw one of the most deadly escalations in the region in recent years, with hundreds of Palestinians sustaining injuries.

The Palestinian death toll in Gaza rose to 32 on November 13  after Israeli forces targeted the “Islamic Jihad” armed group in the region.

Israeli airstrikes killed men and women as well as a 7-year-old boy and two other minors. 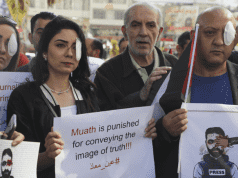 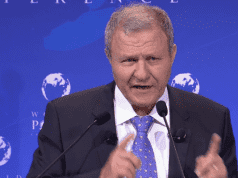