“We weren’t actually all that busy with ‘going back to Morocco,’ it was much more about which teacher are we going to tease today?”

By
Wouter Ijzerman
-
With a background in history, Wouter IJzerman works as a contributing writer at Morocco World News, focusing on history, migration, and religion.
Nov 30, 2019
Spread the love

Rabat – Before Salman Rushdie published The Satanic Verses in 1990; before the Twin Towers were struck by a terrorist attack on 9/11; and before the polemic, Dutch filmmaker Theo van Gogh, related to the acclaimed Dutch painter Vincent van Gogh, was gruesomely murdered by a radical Salafi on the streets of Amsterdam in 2004, people in the Netherlands paid little attention to the “exotic,” recently arrived newcomers from Morocco.

In the late 1960s, a vicar by the name of Rolf Boiten noticed this particular mutual indifference when he saw a small group of Moroccan children wandering the streets around Amsterdam’s red light district.

“Guest workers,” that is what their fathers were called. They worked in factories, shipyards, and assembly lines throughout the day to earn money for the lives they planned to return to in Morocco, while their children had nowhere to go to school. Boiten and his wife decided to start a school for these children; children needed to be prepared for their journey back to Morocco.

“What on earth compels a vicar to start a school for the children of Moroccan guest workers?” Nadia Bouras, a well-known Dutch-Moroccan historian and former pupil of the Bouchra school, asked herself in the recently released film “Class of ‘94,” based on her historical research.

“There was always something about the school, something elusive. I never could quite put my finger on it when I spent my time there as a young girl. Only later did I realize how special the school really was. It was a one-of-a-kind type of school, meant for the children of Moroccan guest workers and founded by Boiten based on the Christian value of ‘neighborly love,’” Bouras told Morocco World News.

“The Bouchra school was quite a trailblazer in the late ’70s and fitted the narrative of back then, since it was expected Moroccans would eventually go back to Morocco. At the same time, public schools in the Netherlands simply did not know what to do with Moroccan attendees and [were] unable to provide proper education,” Bouras explained.

“Bear in mind, unlike religious schools in modern society, the Bouchra school was not denominated as Islamic, but had an Arab profile. This meant we were taught about the history of Morocco as part of the Arab region, the cultural role of Islam, but we also celebrated Christmas and Saint Nicholas Day.”

Nevertheless, a school only meant for children of Moroccan guest workers? It raised more than one eyebrow in Amsterdam.

“The charge was levied against the school of ghettoizing the children and subsequently secluding them from Dutch society. At the official opening in 1982 the so-called ‘Komitee Marokkaanse Arbeiders in Nederland’ or Committee for Moroccan Workers in the Netherlands (KMAN) were even protesting in the presence of the Moroccan ambassador to the Netherlands, Hassan Fassi Fihri, outside the school gates, fearing the long arm of Hassan II,” Bouras explained.

The KMAN was a left-wing, activist group largely comprised of working-class Moroccans, advocating for the rights of Moroccan guest workers.

The KMAN regarded the Bouchra school as a tool of the Moroccan government to influence their subjects in the Netherlands. They were strongly opposed to this influence, in particular by the “Amicales,” an organization comprised of royalist, working-class Moroccans and known for reporting on “undesirable actions” by Moroccans who were living and working abroad.

“We weren’t actually all that busy with ‘going back to Morocco,’ it was much more about which teacher are we going to tease today?” Fatima Elatik told MWN. As the most well-known pupil of the Bouchra school, Elatik finds it hard to imagine a better place where she crafted her identity as a child other than the Bouchra school.

“The school was invaluable for shaping my Moroccan and Dutch identity. Unlike the never-ending song of the last twenty years, in which Dutch-Moroccans are told their Moroccan culture is backward and are better off to discard their Moroccan identity, we were taught in a safe environment there is nothing wrong with cherishing your Moroccan roots. It instilled me with a strong sense of citizenhood and shaped my self-confidence as a Dutch-Moroccan.”

In the years following the founding of the Bouchra school, objections to religious education, in particular Islamic education, and the role Islam plays within secular society became the subject of a more contentious debate in the Netherlands. Meanwhile, filmmaker and journalist Theo van Gogh spearheaded this debate by saying the multicultural society had failed and described Islam as a “backward culture.”

Growing up as one of the most outspoken Dutch-Moroccans in the Netherlands, Elatik served as a councilor in Amsterdam for several years and as a self-described “enfant terrible” of the Social Democratic party, found herself in a polemic stand-off with Van Gogh on numerous occasions before his death in 2004.

Along with Ayaan Hirsi Ali, a Somali-born member of parliament from right-wing liberal party (VVD) and vocal critic of Islam, Van Gogh made a controversial film about the submission of women within Islam, featuring several actresses with verses of the Qur’an painted on their bodies.

Three months after the release of the film, Mohammed Bouyeri, a radical Salafi, murdered Van Gogh by shooting him with a pistol and stuck a knife in his corpse with a death threat directed at Hirsi Ali.

In the wake of Van Gogh’s death, the Netherlands saw the rise of far-right politician Geert Wilders with his Party for Freedom (PVV) in 2006; the intelligence service drastically changed its strategy concerning radical Islam; and Muslims were increasingly seen as unreliable, second-class citizens in the Netherlands.

Contrary to the tone of public opinion that followed the death of Van Gogh, Elatik underlines the value of her time at the Bouchra school, particularly being taught Arabic and getting to learn about the history of Morocco and Islam.

“The debate has radicalized tremendously since 9/11 and the death of Van Gogh. Personally, I was never susceptible to the whispers of Salafi preachers, because I knew my history and who I was. If I noticed so much as a whiff of corporal punishment in a mosque, I nipped it in the bud when I worked as a councilor at Amsterdam,” Elatik concluded.

In the week that marked 18 years since 9/11, the Dutch news outlets Nieuwsuur and NRC-Handelsblad published an ominous report about the growing influence of Salafism on Islamic weekend schools. Among other things, the extensive report details how children are being taught that “nonbelievers” deserve capital punishment.

“The revelations about the weekend schools are worrisome. Everyone has the freedom to shape his or her own identity, as far as the law allows,” Hassnae Bouazza told MWN.

As director of “Class of ’94,” Bouazza is known for making an acclaimed documentary about the position of women in the Arab region, titled “Sex and Sins,” featuring well-known Moroccan feminist Latifa Jbabdi. More recently, Bouazza wrote the preface of the Dutch translation of Leila Slimani’s book “Sex and Lies.”

“‘Class of ‘94’ portrays a time in which it was expected we would eventually go back to Morocco. Though politicians and journalists are still stuck thinking of Dutch-Moroccans as strangers, I did not want to cater to the cliche image there is of Dutch-Moroccans. No mint tea and cookies in this film. It is redundant and devoid of love.”

“I’m fed up with the worn-out debate we have. People are so much more layered and diverse than simply that ‘Moroccan’ or that ‘Muslim.’ More than anything else, I wanted to tell a story of mutual interest and shared humanity, hoping people take the effort and time to listen to ‘the other,’” Bouazza concluded. 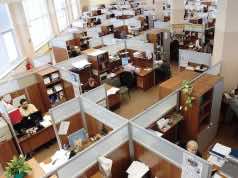 ‘Morocco Does Not Need Your Lessons’: Nasser Bourita to Dutch Foreign Affairs Minister