A woman and her newborn baby died in a Larache hospital due to medical negligence.

By
Caley Koch
-
Originally from Washington DC, Caley is an aspiring writer and editor who is currently attending DePaul University in Chicago for her Bachelor’s degree in creative writing.
Dec 3, 2019
Spread the love

Rabat – The National Union of Public Health has called for a “neutral inquiry” into medical negligence at Princess Lalla Meryam hospital in Larache, northern Morocco, after an initial inquiry found that a mother and her newborn baby died due to medical negligence, Le Site Info reports.

The young mother and child died in a local Larache hospital on September 22.

The public prosecutor’s office ordered the arrest of the doctor and the two midwives and charged them with negligence to assist, endangerment of a pregnant woman, manslaughter by negligence, discrimination, corruption, as well as physical and psychological violence.

The prosecutor’s office released the first midwife after she paid $1,041 of bail, says Le 360. The attorney representing the doctor and remaining midwife argued for their release, but the court rejected the request due to the seriousness of the charges against them.

On October 2, the doctor spoke in front of the prosecutor and claimed that he was unaware of the victim’s medical state; however, the second midwife claimed that she had informed him of the urgency of the situation.

The midwife, who is currently on bail, also claimed that she was preoccupied with caring for other maternal patients and took no action in addressing the victim’s urgent condition herself.

Medical malpractice is a growing issue in Morocco, mainly due to lack of materials such as surgical instruments and ambulances, a shortage of qualified doctors, inadequate training, lack of communication, and overcrowded hospitals.

The medical state in Morocco is demonstrated in Casablanca. According to local optician Dr. Sbioui, there is only one doctor per day for every 250 patients in Casablanca. However, the doctor acknowledged there are efforts being made as a Casablanca medical school can now receive up to 240 students, almost twice as many as it could before.

Khaled Ait Taleb, the minister of health, recently stated that the ministry’s budget was not large enough to provide adequate resources to resolve the numerous and growing health issues in Morocco but ensured that the resources at hand would be put to “optimal use.” 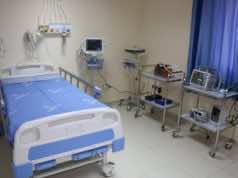