The summit will serve as a platform for decision-makers and government officials to seek new business models and invest in Africa. The statement came after Bourita held talks with US Secretary of State Mike Pompeo during the US official’s visit to Rabat on Thursday, December 5.

The summit is set to bring together more than 1,400 private sector executives, international investors, senior government officials, and decision-makers, as well as multilateral stakeholders from the US and Africa.

According to the statement, the event will serve as a platform for US and African business and government leaders to explore new business opportunities in different key sectors including agribusiness, energy, health, infrastructure, ICT, and finance, among others.

Morocco is the only country in Africa to have a Free Trade Agreement with the US.

As part of the preparations for the 2020 joint Moroccan-American military exercise, US Army Africa Commanding General (AFRICOM) Major-General Roger Cloutier met with Morocco’s major general, inspector of infantry, and commander of the South Zone, Belkheir El Farouk, on Tuesday, November 19, in the Southern Military Area Command in Agadir.

The US major-general and his Moroccan colleague discussed the logistics of the upcoming 2020 “African Lion.”

The 2020 joint military exercise is “expected to be the most important in the history of combined American-Moroccan military relations,” reported Far-Maroc, a website that specializes in military news, adding that it is due to take place in March and April 2020. 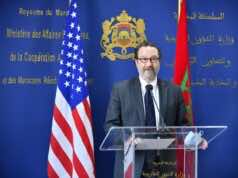 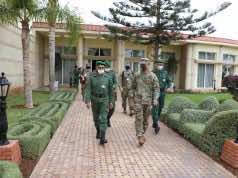