The competition is a series of questions that test general knowledge about human rights.

The participants answered a series of questions testing the competitors’ knowledge of all human rights-related aspects.

Moutchou, who is a member of Morocco’s permanent mission to the UN obtained the “best” score during the competition, outperforming all other participants.

The Moroccan diplomat told 2M that she was honored to collaborate with Morocco’s permanent ambassador to the UN Omar Hilale in Geneva at the Human Rights Council and in New York on the human rights issues of the Third Committee of the General Assembly.

“I had to win this competition!” she said.

Moutchou worked at the Ministry of Foreign Affairs in Rabat before joining the permanent mission of Morocco in Geneva and then in New York. 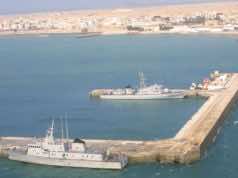