By
Caley Koch
-
Originally from Washington DC, Caley is an aspiring writer and editor who is currently attending DePaul University in Chicago for her Bachelor’s degree in creative writing.
Dec 13, 2019
Spread the love

Rabat – Moroccan-Egyptian model Imaan Hammam was the highlight of the Moschino Pre-Fall Show 2020 in New York. Moschino’s designer chose to both open and close the show with Imaan Hammam. Hammam dazzled attendees, co-models, onlookers and the like as she strode down the runway, a subway car at the New York Transit Museum in Brooklyn.

Hammam thanked the Moschino designer Jeremy Scott in an Instagram post after the show: “Last night Opening and Closing the Moschino show.”

“I loved being part of the show,” wrote the model. She also thanked the hair and makeup team and tattoo artist Jonboy.

Born in Holland, the 23- year- old Moroccan- Egyptian model shared the Moschino runway with renowned models Winnie Harlow, Halima Aden, and Stella Maxwell while strutting in front of an audience made up of big names on the fashion scene including Kacey Musgraves, Storm Reid, and Madeleine Petsch.

Moschino is not the first big fashion name to notice the Moroccan-Egyptian model’s incredible looks, this year alone Vogue featured Hammam on several covers. She also walked in Milan fashion week and turned heads at the British Fashion Awards.

“Today, fashion is all about having a personality – and nothing is as inspiring as the power of being you,” says Hammam to Vogue in an interview in 2018. 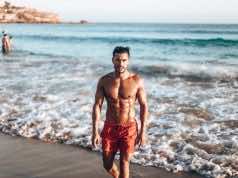 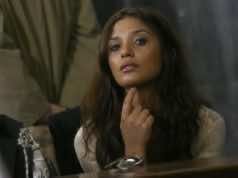