The lineup included Moroccan singers as well as the French singer Dadju.

Rabat – Congolese superstar Maître Gims is full of praise for the growing success of the Stars in the Place concert, an annual event in Marrakech’s famous Jemaa El Fna square.

This year marked the third annual concert, with the Congolese singer rocking the stage on Sunday, December 29.

The singer said that he is amazed with the progress of the event, stating that he is happy “it has come to fruition and has been so successful.”

The singer expressed confidence that this year’s event will please its audiences, saying that the “public will surely appreciate this beautiful event that brings together a range of national and international artists.”

Gims made his remarks at a press conference before the opening of the concert. The show convened other stars from the continent and others.

“This year again, we have made a careful selection of artists, who are the most requested by the Moroccan public at the moment,” he added.

The lineup included artists and rappers including  Lartiste and L7or.

Aminux, a Moroccan singer was also part of the lineup, in addition to French singer Dadju and Egyptian actor and singer Mohamed Ramadan.

This year’s theme evolved around citizenship “through a show that will bring together exceptional artists,” Maghreb Arab Press (MAP) reported.

This is not Maitre Gims’ first concert in the country. Gims has performed in several other music festivals in Morocco.

In love with Morocco’s diversity, the singer also has a luxurious house in the red city.

Before the concert, the French-Congolese superstar said that he to participate in the event which brings “messages of peace, love and brotherhood.”

He said that the concert is a way for artists to express love to “King Mohammed VI and to all Moroccans.” 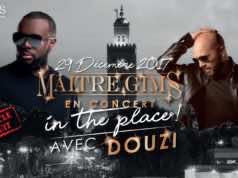 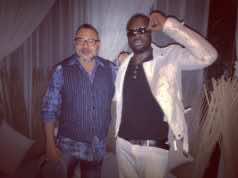