The event, aimed to promote interfaith dialogue, marked the attendance of the most senior delegation to ever visit the site.

During the visit, prominent Muslim scholars and clerics held memorial prayer to express solidarity with the survivors of the Holocaust.

The number of people who died during the Second World War in Nazi death camps is estimated at 1.1 million. The vast majority of them were European Jews, according to the National.

Around 62 Muslim leaders, led by the Secretary-General of the Muslim World League Mohammed Al Issa, visited the Birkenau camps.

Ahmed El Abbadi, the secretary-general of Morocco’s Mohammedia League of Scholars was among the Muslim delegation.

Morocco is clear about its strong attachment to the Jewish community under the leadership of King Mohammed VI.

More than other 28 religious leaders from across all faiths participated in the memorial prayer in the site.

The Jewish committee and children of Holocaust survivors also prayed at the camps to pay tribute to people who died during the systematic extermination.

Al Issa told the National that the visit of Muslim leaders in the region came to emphasize Islam’s rejection of such horrific crimes against humanity.

“This visit is important. It expresses the Islamic feeling towards these crimes, these racial, genocidal crimes,” he said.

The Muslim leader spoke about how Islam stands with “justice against any crime that violates the sanctity of humankind.”

The Muslim leader said that the world should ensure that no such “horrible crimes” will happen again.

The organizers of the event saw the gathering between religions in the event “historic.” They also believe that it is  “the most senior Islamic leadership delegation” to visit the death camps.

David Harris, the head of the American Jewish Committee,  viewed the visit by the interfaith delegation as a “historic” move.

“God gave us mercy, God gave us compassion. Auschwitz is a betrayal of God,” he said.

Quoted by the National, Rabbi David Rosen said the interfaith visit might play a role in reducing tension in the region.

“We hope we can actually bring a blessing, not just to the world at large but also where there have been conflicts between Jews and Muslims,” he said. 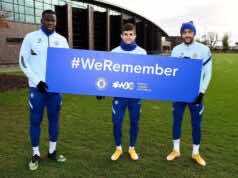 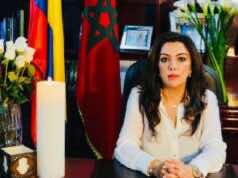 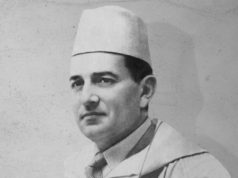 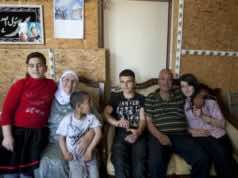