King Mohammed VI did not miss the opportunity to express his satisfaction with the ties linking the Moroccan and the Jordanian peoples, on the occasion of King Abdullah II’s 58th birthday.

Rabat – King Mohammed VI sent a message of congratulations to King Abdullah II of Jordan for his birthday on Thursday, January 30.

In his message, the Moroccan sovereign conveyed his wishes of health, joy, and peace for the Jordanian King.

Finally, the Moroccan monarch voiced his satisfaction with the ties of fraternity and friendship uniting the two royal families and with the level of cooperation and solidarity between Morocco and Jordan.

Relations between Morocco and Jordan are based on multilateral cooperation, especially in the fields of agriculture, energy, and tourism.

In March 2019, King Abdullah visited Morocco to discuss the issues driving politics in the Middle East with the Moroccan King.

The two leaders agreed to strengthen diplomatic ties between Rabat and Amman. They also stressed the importance of collective action on high-priority issues of the region.

The visit resulted in a Morocco-Jordanian economic forum, held in the Jordanian capital on January 13. During the meeting, Morocco’s General Confederation of Moroccan Enterprises (CGEM) signed a convention ensuring cooperation between Moroccan and Jordanian businesses.

The forum concluded with several recommendations that would boost economic partnership between Moroccan and Jordanian businesses. The organizers also decided to hold a second session during the third quarter of 2020. 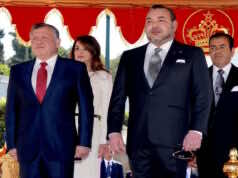 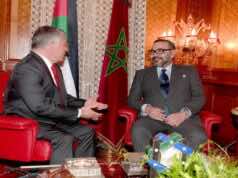