The Jewish presence in Morocco dates back to the time of the Phoenician Carthaginian state, more than 2,500 years ago. 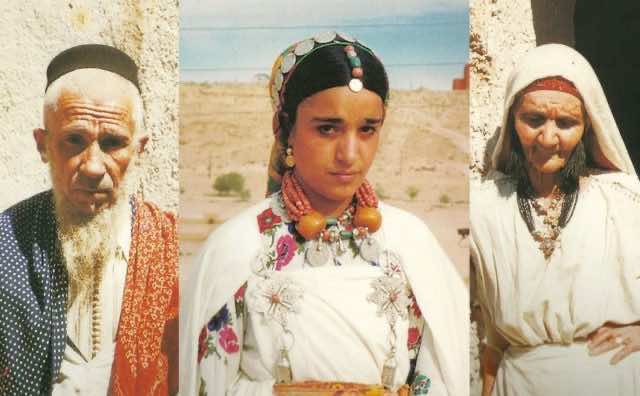 Rabat – Agadir is hosting the first Judeo-Amazigh tolerance forum from February 3 to 7 to highlight the cultural and religious diversity of Morocco’s national heritage.

The cultural event features a photo exhibition from the Museum of Moroccan Judaism, cultural activities, conferences, and visits to the synagogue of Agadir, the Rabbi David Ben Baroukh Mausoleum, and the Mellah of Inezgane.

The curator of the Museum of Moroccan Judaism, Zhor Rehihil, is confident that the forum will enhance Jewish-Amazigh heritage as part of Moroccans’ common identity.

The Jewish presence in Morocco dates back to the time of the Phoenician Carthaginian state, more than 2,500 years ago.

North Africa experienced multiple waves of Jewish migration, notably in 587 BC after the siege of Jerusalem.

The First Jewish-Roman War in Palestine in 66 AD resulted in a mass displacement of Jews, many of whom found refuge in Morocco.

The Spanish Inquisition in the late 15th century also triggered a wave of Jewish migration to Morocco.

Jewish immigrants settled primarily in Fez, Meknes, and throughout the Atlas Mountains.

As Jews lived among Morocco’s indigenous Imazighen (Berbers) and adopted their languages, their crafts, and customs, the cultures became intertwined.

Although the majority of Morocco’s Jews—whose population reached 300,000 at its height—have migrated out of North Africa, the community maintains ties to their homeland.

Jews around the world make pilgrimage to several sites throughout Morocco, notably in the cities of Casablanca, Essaouria, Meknes, and Fez.

Ifrane Atlas-Saghir in southern Morocco is known among the Jewish diaspora as Oufrane.

The rural village was an important trading post and market for the Saharan caravan trade until the late 1800s. A 2,000-year-old Jewish population inhabited the area until 1958 when they left as a group to settle in Israel.

An important Jewish pilgrimage site is located in Oufrane. In the 1700s, Jews committed mass suicide during a period of religious persecution. The village’s Jews are said to have lept into fire rather than convert to Islam.

The mellah of Amezrou in Zagora, southern Morocco, was once home to around 400 Jewish households.

The city was an important point on the Saharan trade route, along which caravans carried goods from the Jewish enclave in Timbuktu to the port of Mogador, modern-day Essaouira. In Amezrou, craftsmen continue to use ancient Jewish silversmithing techniques.

The “attic of Sidi Moussa” is a granary in Ait Bouguemez, in the central High Atlas Mountains. The granary is the site of pilgrimages to the Jewish saint, Sidi Moussa and is said to offer fertility benefits to young women who visit it.

Agadir’s Judeo-Amazigh heritage forum, while promoting values of tolerance and coexistence between religions, presents a tangible reminder of Morocco’s diversity.