In the past weeks, Morocco has been vocal about what it sees as a “cynical” and “hypocritical” foreign interventionist policy in the Libyan conflict.

Rabat – An “envoy” of Khalifa Haftar, the Libyan military leader challenging the legitimacy of the UN-recognized government in Tripoli, visited Morocco this week to meet with high-ranking Moroccan officials, a number of Moroccan news outlets have reported.

While the Moroccan foreign affairs ministry issued no official statement on the “high-level” visit, francophone outlet le 360 reported that the move is part of Morocco’s mediation efforts in Libya.

The Moroccan outlet revealed the identity of the Libyan “envoy” as Abdulhadi Lahouij, Haftar’s Foreign Minister.

Meanwhile, Moroccan state-owned outlet MAP’s subsequent report on the visit said Lahouij visited Rabat as the envoy of the Speaker of the Libyan House of Representatives, Aguila Saleh. Based in eastern Libya, the Libyan parliament is known to support Haftar in his military offensives against the Tripoli-based government.

Lahouij, whose visit is believed to have come in response to an “invitation” from Morocco, met Moroccan FM Nasser Bourita on Friday, with the two officials discussing the situation in Libya as well as possible routes to de-escalation.

During his visit, the Libyan official spoke warmly of Morocco’s efforts over the years to resolve Libya’s prolonged, post-Gaddafi crisis.

In the past weeks, Morocco has been vocal about what it sees as a “cynical” and “hypocritical” foreign interventionist policy in the Libyan conflict.

Lahouij called on Rabat to “continue to sponsor a Maghreb, Mediterranean and African role in resolving the crisis,” echoing Morocco’s Rabat’s Libyan position.

Amid perceptions that some external actors are exporting their rivalries to Libya, prompting proxy wars on Libyan soil, Morocco, priding itself on its neutrality in the conflict, has repeatedly called for African countries to be at the forefront of efforts to resolve the Libyan conflict.

Appearing to praise Morocco’s position of “principled neutrality,” Haftar’s envoy said at a press conference that Rabat should play a role in finding “a fair and lasting solution” in Libya.

He cited Morocco’s experience with its Equity and Reconciliation Commission (IER), arguing that the country’s experience and history could help towards building “a new Libya for all citizens without exclusion.”

Recently, many observers have linked the failure of the latest peace talks to Haftar’s erratic behavior and unpredictable temper. The Libyan military strongman has been described in some quarters as an “unreliable interlocutor,” favoring military action to seize control of the country.

According to Lahouij, however, Haftar and the Libyan parliament are keen to “establish a state based on the rule of law, institutions and citizenship,” and are ready to accept “any solution that will leade to a state of citizenship, human rights, free of weapons, militias, and terrorism.”

With many analysts warning that the conflict could escalate as different external actors back the two warring factions, Rabat has maintained that an “inclusive political dialogue” is the most viable route to a sustainable stability inLibya.

At a recent AU meeting on the conflict, Bourita said that Morocco “has no agenda in Libya,” unlike other regional and foreing powers openly or indirectly involved in the country to advance their own “strategic interests.”

The Moroccan minister called for all parties to favor a political solution over military confrontation, stressing that the Rabat-brokered Skhirat Agreement should be brought back to life as the UN appears to show a willingness to commit the conflicting parties to a reliable cease-fire while negotiations continue for a lasting solution.

Bourita acknowledged that the 2015 agreement should be slightly revised to reflect the latest developments in the conflict. He insisted, however, that the document is to date the “most comprehensive” agreement on Libya and should therefore remain the “basis” of the much-hoped for, UN-assisted political solution.

In late January, Morocco was controversially left out of a one-day Berlin summit on the Libyan crisis. Rabat strongly protested against the move, reminding all parties that it played a crucial role in earlier peacekeeping efforts.

While prominent diplomatic voices have since acknowledged Morocco’s “significance” as a “regional” power that has “played an important role” in finding a political solution to the Libyan conundrum, it remains to be seen whether Rabat remain an “important” player in the wave of negotiations to come. 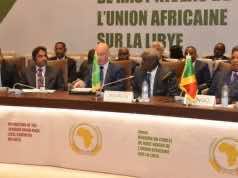 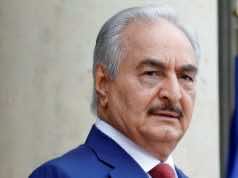 Leaders of Entrenched Combatants in Libya Refuse to Call Ceasefire