Despite the general commercialization of Valentine’s Day, the holiday is still a subject of religious debate. 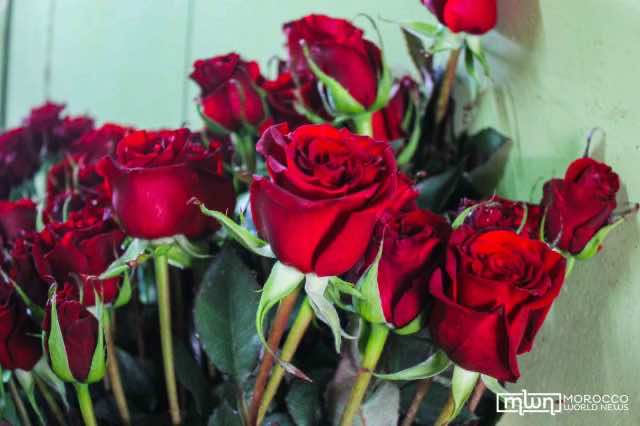 Rabat – Every year around the world, lovers, friends, and family members celebrate Valentine’s Day on February 14.

Grocery stores and shopping malls across the globe erupt in red roses, heart-shaped boxes of chocolates, and teddy bears. Hotels, restaurants, and spas spruce up their spaces with flowers and red ribbons and offer special Valentine’s Day deals to facilitate romance and intimacy.

Despite being a Muslim country, plenty of Moroccans have gotten on board with celebrating the centuries-old festival rooted in ancient Rome.

Chocolate and flower sales flourish during the month of February, with Moroccans flashing the cash as they get into the Valentine’s Day spirit.

“Our suppliers provide us double the amount with red roses during the month of February compared to other months of the year,” the 44-year-old vendor added.

”What’s even more special about the event is the requests that customers make to customize their chocolate packages,” she shared.

The 55-year-old vendor added that “not only young individuals buy chocolate for their partners, but also for their parents for the same occasion.”

Many hotels in Morocco also tap into the commercial aspect of Valentine’s Day and offer romantic dinners and discounted services for couples.

Sofitel Marrakech, for example, adds special Valentine’s services to their menu, such as massages and jacuzzi sessions for two.

Moroccan society, however, has not unanimously accepted Valentine’s Day celebrations as a cultural norm.

While many detest the notion of putting a price on love, others protest the holiday using religious arguments.

These perceptions, however, are not reflected across a generational divide.

A 70-year-old businessman named Ali told MWN he has no problem celebrating Valentine’s Day, although he didn’t know much about it until the last decade.

“I haven’t told my wife yet, but I’m taking her to a romantic dinner tonight,” he divulged.

Saint Valentine was sentenced to death for marrying Christian couples in secret when Christianity was banned by the Roman Empire. The celebration then started in order to honor Saint Valentine for the sacrifice he made for the sake of love.

In modern times, Valentine’s Day has almost completely lost all religious undertones. Instead, it has become a commercial celebration of romantic love, friendship, and admiration.

Despite the general commercialization of Valentine’s Day, the holiday is still a subject of religious debate.

In Indonesia, the city of Banda Aceh prohibits the celebration of Valentine’s Day and warns shops against selling Valentine’s-related merchandise.

Why the crackdown on flowers and chocolates? “To maintain the purity of Islamic values,” according to the city’s mayor.

Practicing Muslims and Islamic scholars, however, do not have a clear consensus on the permissibility of celebrating Valentine’s Day.

Some scholars note that the commercial and social aspects of the holiday outweigh its religious origins.

“Such kinds of celebrations have become social occasions. Therefore, there is no objection to participating in them provided a Muslim does not do anything that contradicts the Islamic teachings,” states an article from Dar Al-Ifta Al-Missriyyah, an Egyptian Islamic educational institute and government body.

“However, this occasion must not be called a feast but ‘Day of Love,’” the source adds, to prevent any association with paganism.

Other sources argue Valentine’s Day promotes adultery and promiscuous relationships, which undermine and jeopardize the sanctity of marriage and the stability of the family unit.

“Islam prohibits dating and sex outside marriage, both of which Valentine’s Day encourages,” writes Pakistani author Sadaf Farooqi. “It is obvious, then, that a Muslim should not celebrate it.”

With sex outside of marriage being a crime in many Muslim countries, including Morocco, the celebration of Valentine’s Day may be unnatural for some Moroccans.

Opponents of Valentine’s Day also argue that the holiday limits love to February 14 and promotes consumerism as a means of expressing love.

Because Islam itself is rich in its references to romantic, platonic, and familial love, Muslims like Farooqi “willingly and objectively attest to the absolute absurdity and superficial, flimsy foundation of Valentine’s Day.”

“If we take the commercial aspect of Valentine’s Day out of the picture, this so-called ‘festival’ does not have a single leg to stand on,” the author concludes in her argument against the holiday.

Regardless of how and why Valentine’s Day is celebrated or disputed in Morocco, one thing we can all agree on is that love is more profound than a discounted massage or box of chocolates.

Read also: 5 Places to Take Your Valentine in Rabat 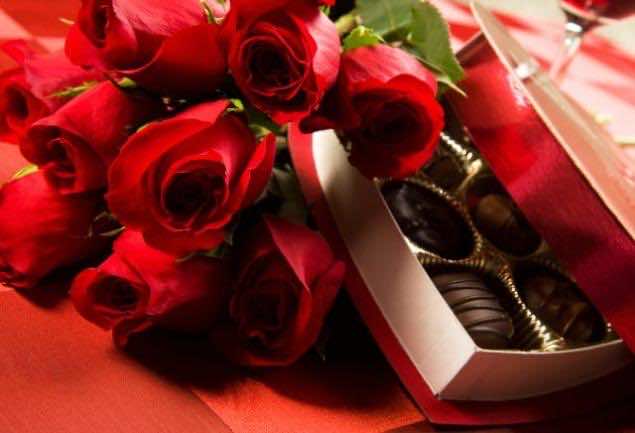