While aware of the distress that its regulations against smuggling might cause for the economies of Ceta and Melilla, Morocco insists it will no longer tolerate such activities.

In an interview with EFE, Lakhdar said  the decision was due to complaints that the customs office continues to receive from the  trade operators in the country due to “unfair competitions” caused by products from Ceuta and Melilla.

“Imagine if I, a Moroccan, had ordered a container of Chinese products and then sold them in Madrid, without paying any fees or following the rules.

The Spanish would punish me, of course! Sebta and Melilla lived (for decades) on the basis of something that is not legal, ”said the Moroccan customs official.

Lakhdar’s statement comes amid heightened concerns from the autonomous governments of Spanish enclaves Ceuta and Melilla, who have accused Morocco’s government of suffocating the economies of the two cities.

For Morocco, however, the decision was to stop illegal smuggling of goods as it negatively impacted the country’s economy.

Lakhdar said that Morocco should convert the borders to crossing points for people, like airports, where passengers can bring goods for their personal consumption on a small scale.

For years, people frequently referred to the smuggling as “human mule” from northern Morocco used to access the Spanish enclaves to bring goods from the region to resell them across the country.

“For decades, there has been some tolerance, if not laxity on our part,” Lakhdar said.

The official denied that the move was politically motivated. The statement comes after mounting concerns about friction between Spain and Morocco, especially after Rabat decided to delimit its maritime borders.

The Moroccan and Spanish governments, however, have reassured in several statements that their relations are exemplary and will not be affected by Morocco’s “sovereign” decision.

But she pleaded for further dialogue and discussions between Rabat and Madrid, saying that a decision with far-reaching impacts like the delimitation of maritime borders should not be made on a unilateral basis.

For his part, Moroccan Minister of Foreign Affairs Nasser Bourita has insisted that while Morocco does not need approval from Spain to make such a move, the country is ready and open for negotiations to overcome any overlaps with its strategic European partner. 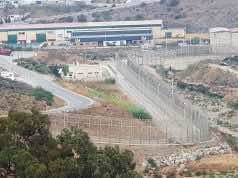