The Moroccan FM said that the African countries chose to open consulates in Laayoune and Dakhla as a show of steadfast support for Morocco’s territorial integrity.

Rabat – Liberian Minister of Foreign Affairs Gbehzohngar Milton Findley has announced that his country will join the ranks of African countries that have opened a general consulate in Morocco’s southern provinces.

The minister said his country plans to open its consulate in Laayoune “soon.”

The Liberian official made his statement during a joint press briefing with the Moroccan Minister of Foreign Affairs Nasser Bourita in Rabat on Friday.

The opening will be the 10th of its kind in the Moroccan southern province after nine other countries opened diplomatic representations in the region as a show of their unwavering support for Morocco’s sovereignty over Western Sahara.

Liberia’s decision is expected to anger the Polisario Front and Algeria, the breakaway group’s main backer and financer. Both the Polisario and Algeria have expressed their displeasure at the opening of the consulates with a series of hostile statements, questioning Morocco’s territorial integrity.

The Algerian government continues to interfere in Morocco’s internal affairs, describing the opening of the consulates as “flagrant violations.”

During the inauguration ceremony of Cote d’Ivoire’s consulate in the region, the Ivorian Minister for African Integration, Ally Coulibaly, said the move was a“sovereign” decision.

“In foreign policy, as in other fields, we are careful not to give moral lessons, nor do we want to be told what to do or not to do,” said Coulibaly, implicitly referencing the Algerian pressure on his country.

Algeria summoned its ambassador in Cote d’Ivoire “for consultation” in response.

Morocco’s FM, meanwhile, dismissed Algeria’s statements, saying that nothing will impact the momentum of Morocco’s diplomatic achievements in the region.”

More African countries will show their support for Morocco’s territorial integrity with consulates in the region, the FM affirmed. 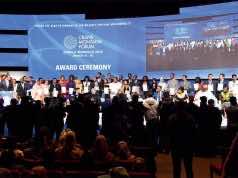 Algeria Calls for Boycott of Crans Montana Forum in Dakhla