The website tracking airline activities across the world shows flight AT 3045 from Seoul to Casablanca scheduled for today, April 3.

The schedule indicates that the flight will arrive at 8:25 p.m.

The flight tracker also shows that a flight from Casablanca to Seoul landed at 11:24 on the same day.

The April 1 schedule shows an air trip from Beijing to Casablanca via AT 3047 that landed at 6:13 a.m.

Flightradar24 also details flights between Casablanca and Beijing on March 28 and March 31.

The flights are reportedly scheduled to import medical equipment from the Asian countries to assist Morocco’s fight against COVID-19.

Morocco announced earlier this week that it will purchase 100,000 medical rapid diagnostic tests for the novel coronavirus.

Last month, the Chinese government expressed its solidarity with Morocco and its willingness to provide the country with material support against the outbreak.

China’s Xinhua reported that Chinese State Councilor and Foreign Minister Wang Yi had a phone conversation with Morocco’s Minister of Foreign Affairs Nasser Bourita on the COVID-19 pandemic on March 20.

During his phone call with Bourita and in other conversations with Hungarian and Greek officials, the Chinese foreign minister expressed his country’s readiness to provide assistance to countries impacted by the virus.

“China will help and support countries affected by the epidemic by providing the necessary medical supplies, sharing its experience in fighting the epidemic and sending teams of experts,” Yi told Bourita and the other ministers.

In March, Moroccan outlet Telquel quoted a diplomatic source who said that an airplane carrying a Chinese medical shipment landed in Morocco on March 23. 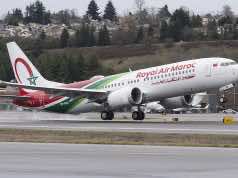