Does the move demonstrate concern for the pandemic, or is it an excuse to boost an anti-immigrant agenda? 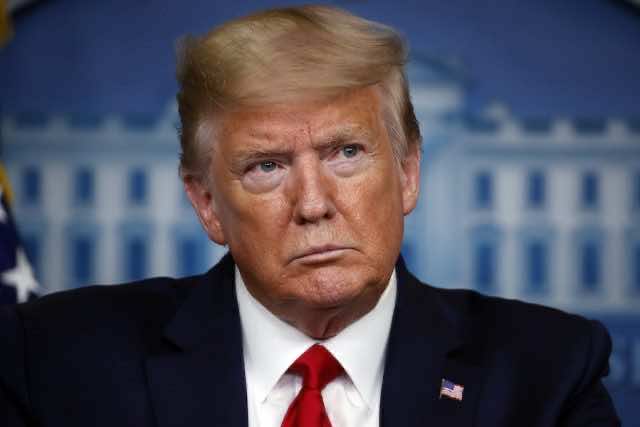 Rabat – On April 20, US President Donald Trump tweeted, “In light of the attack from the Invisible Enemy, as well as the need to protect the jobs of our GREAT American Citizens, I will be signing an Executive Order to temporarily suspend immigration into the United States!”

Trump is notorious for his attempts to govern the nation via social media. Although it is currently unknown how his claim will be implemented and exactly who it will affect, the New York Times suggests that such an executive order would result in a total shutdown of the US legal immigration system. This includes the suspension of issuing work-related visas.

Due to the impact of COVID-19, over 22 million people in the US have filed for unemployment. The US has not seen such dramatic job losses since the Great Depression.

Despite Trump’s proclaimed immigration restrictions in light of the pandemic, the president continues to vocalize an urgency to reopen the US economy. Trump hopes to gradually lift the country’s state of emergency restrictions by May 1.

Trump, whose campaign has largely rested on anti-immigration politics, is facing criticism for taking advantage of the COVID-19 crisis to support his xenophobic agenda. Since the start of Trump’s presidency, the number of foreign-issued visas in the US has declined by approximately 25%.

While scapegoating immigrants, many of Trump’s supporters are at the frontlines of anti-lockdown protests, claiming that quarantine restrictions are stripping them of their freedoms and that the virus is inciting communism. US health experts have warned that these protests may prolong the state of emergency and increase the number of people infected with COVID-19.

Just days before Trump’s tweet, the US Homeland Security Department recognized the important role that immigrants play as essential workers. The USDA released a temporary final rule stating that foreign workers who are currently in the US will be eligible for lawful employment and an extension beyond the maximum three-year allowable period of stay.

“Providing flexibility for H-2A employers to utilize H-2A workers that are currently in the United States is critically important as we continue to see travel and border restrictions as a result of COVID-19. USDA continues to work with the Department of Homeland Security, the Department of Labor and the Department of State to minimize disruption and make sure farmers have access to these critical workers necessary to maintain the integrity in our food supply,” said Secretary of Agriculture Sonny Perdue.

It is no surprise that immigration politics are often present in pandemic-related news. Concerns around hate speech, violent crimes targeted at Asians in the US, and deportations resulting in more than half of Guatemala’s COVID-19 cases demonstrate how the pandemic has highlighted global divisions and instigated finger-pointing.

The US has already adopted a number of travel and immigration measures in response to the pandemic. Restrictions include: Travel restrictions from countries heavily impacted by the virus, as well as Canada and Mexico, the expulsion of migrants at the US-Mexico border, and the suspension of immigrant visa processing.