The UN shares its latest predictions based on three scenarios that offer a better understanding of how the tourism industry will be impacted for the year 2020. 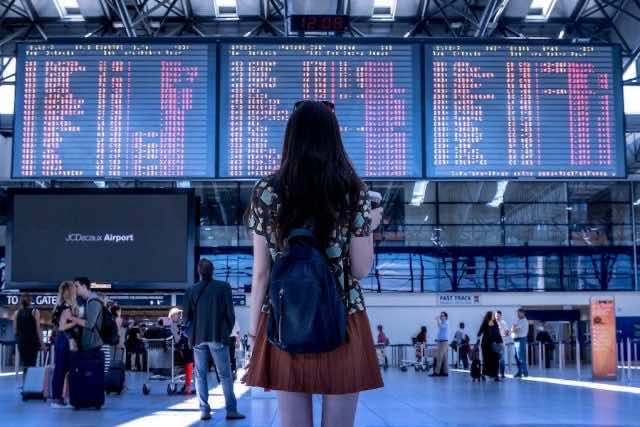 Rabat – The UN’s predictions on how the COVID-19 pandemic will impact tourism this year are exacerbating. As the pandemic drags into May, it is estimated that international tourism will see a 60-80% decrease by the end of 2020, resulting in the loss of up to $1.2 trillion in export revenue and millions of jobs.

In the first quarter of 2020, international tourism has already derailed by 22% and will inevitably continue its downward trend as the year goes on.

Scenario one: If international borders begin opening and travel restrictions lift by early July, people may still squeeze in trips during the back end of the year. This scenario will likely result in a 58% drop in tourism worldwide.

Scenario two: Come September, if international travel permits, the tourism industry will have taken a serious hit of about 70%.

Scenario three: Border closures and travel restrictions may remain in place until December, resulting in a 78% dip in tourism for the year.

Although the numbers are largely dependent on travel restrictions and border closures, other factors including a predicted increase in flight costs and apprehensions to travel are expected to significantly contribute to the decline.

The UNWTO describes the loss as “by far the worst crisis that international tourism has faced since records began” in 1950.

Contrary to current predictions, in January the UNWTO stressed tourism’s reliability in the economic sector and expected to see a 3-4% growth in international arrivals.

UNWTO predictions in early March, as COVID-19 began its global spread, estimated a decline of 1-3% in international tourist arrivals in 2020, representing a loss of $30-50 billion. Later the same month, the organization updated its figures, expecting a 20-30% drop in arrivals and a $300-$450 billion loss for the global tourism industry.

The latest figures reveal heightened uncertainty about the development of the COVID-19 pandemic and the severity of its effects on international travel.

In 2019, all regions experienced an increase in tourism. The Middle East and North Africa were reported to be experiencing the greatest growth with an 8-9% influx.

For Morocco, the drop in tourism is a particularly tough pill to swallow. The tourism industry accounts for 11% of Morocco’s GDP, making it the second-largest contributor to its economy.

According to the National Tourism Confederation (NTC), with a 39% drop in tourism, the country risks losing approximately $13.5 billion between 2020 and 2022.

Morocco has already begun adopting new measures to support the tourism industry, including mobilizing to support artisans who have come to rely on the growing number of visitors in Morocco.

The Moroccan government has also approved laws to mitigate the repercussions of the state of emergency on the sector. Such laws support travel providers and tourism agencies with legal frameworks and loans aimed at increasing their ability to work with current customers and reduce the impact on jobs within the sector.