Yemen’s attorney general has ordered an investigation into reports of improperly stored ammonium nitrate, while a rusting oil tanker presents a secondary threat.

Rabat – Prosecutors in Yemen are investigating reports of tons of ammonium nitrate stored under “dangerous conditions” in the port of Aden.

The report claimed that the dangerous chemical had been stored in Aden’s port for three years after having been seized by authorities in Yemen.

Aden’s port authority denied the presence of the chemical. The state-run Yemen Gulf of Aden Ports Corporation claims the reported “dangerous material” was instead 140 containers of urea nitrate from a seized shipment of agricultural fertilizer.

While authorities downplayed any threat posed by the material, urea nitrate has been known to be explosive, being the primary material used in the 1993 World Trade Center Bombings in New York City.

Yemen’s Attorney General Ali Ahmed al-Awash has now directed Aden prosecutors to investigate the claims, which port authorities are calling a “falsification” of the facts. Laws in Yemen prohibit the admittance or storage of dangerous explosive material in port facilities.

As the investigation in the port of Aden continues, another improperly stored dangerous cargo could threaten the livelihoods of thousands of fishermen in Yemen.

A rusting oil tanker anchored in the Red Sea could soon spill more than a million barrels of crude oil into the sea. If an oil spill would occur, the devastation created would become a major threat to local biodiversity, flood local islands and ports with oil, and endanger almost a thousand species of fish.

Whether or not the containers in Aden’s port contain the alleged dangerous cargo, a large oil spill in the Red Sea would trigger another crisis to add to hunger, floods, disease, and a chaotic landscape marked by violence and political infighting.

Read also: UN Heeds Warning: Yemen Will ‘Fall Off the Cliff’ Without Support 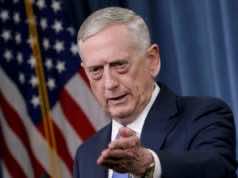 US to Hold Talks Aimed at Ending Yemen Civil War 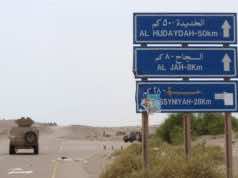