Netanyahu has in recent weeks put all his eggs in the normalization basket, hoping that success would soothe discontented Israelis and salvage his political future. 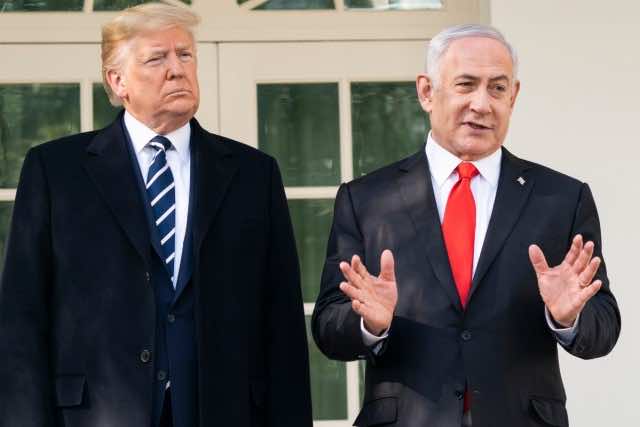 Rabat – A 60-member group of prominent Israeli writers and artists has called for the removal of Prime Minister Benjamin Netanyahu, arguing that he is “unfit” for office and a danger to Israel’s reputation and interests.

Israeli outlet Haaretz reported on Sunday that the group sent the country’s “executive, judicial, and security authorities” an open letter over the weekend to request that Netanyahu be immediately relieved of his duties.

According to the report, the group’s frustration with Netanyahu’s authoritarian leadership hit a peak with the PM’s recent decision to impose a total COVID-19 lockdown on the country, “in contradiction to the position of cabinet members, the coronavirus czar and senior Treasury officials.”

For the group of disillusioned and displeased Isareli artists and education figures, Netanyahu’s COVID-19 decisions are the latest in a worrying pattern of blatant disregard for the country’s institutions and legitimate representatives.

Instead of acting for the collective good, they argued, Netanyahu is solely guided by self-aggrandizement. The Isareli PM stands accused of attempting to use the pandemic to cement his own power and dodge the increasing institutional and popular opposition he has faced in recent weeks.

“Apparently, he has one objective — to break the protests against him,” said the letter.

Further accusing the prime minister of using harsh COVID-19 restrictions to silence the ongoing protests against him and “evade” his corruption trial, the Israeli writers and artists argued that Netanyahu is “no longer fit to serve as the head of Israel’s government.”

The artists’ call to immediately impeach Netanyahu comes amid what the challenged PM and his allies and supporters have called “a new dawn” in Middle Eastern politics. Netanyahu has openly given himself immense credit for brokering “a vision of peace, security, and stability” for Israel and its new Arab allies.

He has, to a large extent, recently put all his eggs in the normalization basket, hoping that success would soothe discontented Israelis and salvage his political future.

“I have devoted my life to securing Israel’s place among the nations, to ensure the future of the one and only Jewish state,” Netanyahu said during the signing of the peace agreement between Israel, the United Arab Emirates, and Bahrain.

For many observers, Netanyahu hoped that normalization with as many Arab countries as possible would immediately put to bed the ongoing protests and years of the anti-Netanyahu saga in Israel. In this sense, Arab normalization was the increasingly in-question Netanyahu’s bailout, the means to enlivening his failing bid to stay in power.

Netanyahu himself has repeatedly bragged about his diplomatic victories, saying that his foreign policy successes put him in the highest pantheon of Israeli political history. When campaigning in elections, the Israeli PM is fond of saying that, compared to his opponents, he belongs to another, higher league of leadership.

And while Israelis have unanimously applauded the recent normalization or “peace” treaties, the ongoing protests, coupled with the artists’ vehement open letter, constitute a reminder that many Israelis — mostly left-leaning and young Israelis — are not yet prepared to let go of Netanyahu’s scandals and braggadocio-filled leadership.

“We, Israeli authors, screenwriters and playwrights, watch in horror the way in which the accused persistently works, with sophistication and deliberation, to demolish law enforcement, legal and juridical institutions, in an attempt to evade his trial,” said the artists’ open letter.

“Every day he continues in his role brings him and Israel closer to a disaster, the likes of which we have never seen, and hopefully never will.”