Moroccan Parliament members receive a pension in accordance with the Royal Decree (Daheer) of 1975 during King Hassan II's rule.

Rabat – A parliamentarian from Morocco’s Authenticity and Modernity Party (PAM) has proposed a law to the House of Representatives that calls for the lifting of Moroccan MPs’ pensions.

PAM Deputy Ibtissam Azzaoui wrote about it on her Facebook page on Monday, expressing hopes that the parliamentarians’ pension debate will end with an abolishment.

The Finance and Economic Development Committee at the House of Representatives will examine the law proposal on October 13.

The first article of the proposed law explains how to abolish pensions for members of the House of Representatives.

This is not the first time a Moroccan MP has suggested ending pensions for parliamentarians.

In 2018, members of the House of Representatives Mustapha Chennaoui and Omar Balafrej issued a law proposal about an abolishment.

The prologue of the text says that membership in the Parliament is a national task that concerns representing the nation. Therefore, according to the text, it differs from other professions or contractual relationships that require pension benefits.

Rather, the text sees the MP’s mission as a political representative relation, based on serving the nation in exchange only for the financial compensation necessary to guarantee their autonomy and quality of work.

The pension of parliamentarians members has triggered several debates in Morocco, whether within Parliament or at the level of public opinion.

In July 2018, a majority of MPs voted in favor of maintaining their lifelong pensions and the compensation given to them and government ministers, which sparked controversy among Moroccan citizens.

MPs voted for a proposal suggesting that parliamentarians and ministers would receive pensions at the age of 65 instead of immediately after completing their term of service.

PAM then suggested that the government create a fundraiser for MPs, which inspired mockery from some Moroccan citizens who turned to social media to express their frustration. 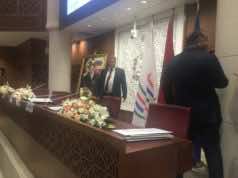 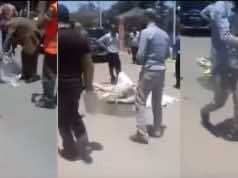 Moroccan MP Lights Self on Fire Over Expropriated Land 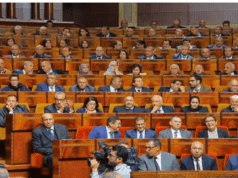