Rabat – Morocco’s Council of Ministers approved on Wednesday in Rabat the amendment of the free trade agreement (FTA) between Morocco and Turkey.

King Mohammed VI chaired the council of ministers, a meeting which saw the approval of five international agreements.

The approval of the bill regarding the FTA between Morocco and Turkey comes a week after the government council approved an amendment to the two countries’ free trade agreement.

The amendment falls under Bill No 54.20, which Morocco and Turkey signed in Rabat on August 24.

The new text seeks to impose customs duties, for a five-year period, on certain Turkish industrial products listed in the agreement. The measure’s goal is to “to reach 90% of the value of products from the most-favored-nation.”

Morocco and Turkey signed a Free Trade Agreement in 2004. The agreement took effect in 2006.

The deal has caused controversy in Morocco. The North African country’s trade balance with Turkey has largely experienced a deficit since 2006.

In 2019,  Morocco’s government shared concerns about the FTA with Turkey, arguing the deal had negatively impacted Morocco’s economy.

Minister of Industry Moulay Hafid Elalamy said last year that the free trade agreement with Turkey resulted in a $1.2 billion deficit for Morocco.

Another bilateral agreement the council approved concerns privileges for diplomatic representatives and their families in Morocco and the United States, as per the 1961 Vienna Agreement. US Ambassador to Morocco David Fischer and the Director of Protocol at Morocco’s Ministry of Foreign Affairs, Anas Khales, signed the document on September 1.

In addition to approving the bilateral texts that relate to Turkey and the US, Morocco also approved three multilateral agreements. These cover Morocco’s opening to new economic areas and the completion of its accession to the African Union’s contractual system.

“These conventions relate respectively to the accession to the statutes of the Asian Infrastructure Investment Bank, the African Road Safety Charter, and the Pelindaba Treaty for the Establishment of an African Nuclear Weapon Free Zone,” Morocco’s state media reported.

The final two agreements relate to fortifying Morocco’s presence in inter-African cooperative systems and strengthening its exchange of experiences with other continental actors in “these two important areas.” 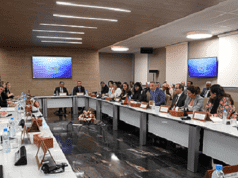 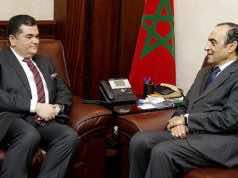