Maroc Telecom touted its “effective” investment management and cost optimization plans that rescued the company from the negative impacts of the COVID-19 crisis.

Rabat – Moroccan telecommunications operator Maroc Telecom achieved a turnover of more than MAD 27.49 billion ($2.99 billion) during the first nine months of 2020, up 0.7%.

The result is due to the strong resilience of international activities, which partially offset the decline in turnover in Morocco despite the COVID-19 crisis, the company said.

However, Maroc Telecom’s net income group share dropped by 2.6% at the end of the first nine months of 2020.

Maroc Telecom explained that the adjusted EBITDA margin rose 0.2 points on a comparable basis to 52.2%.

The group’s adjusted operating income stood at MAD 8.71 billion ($947.3 million) at the end of September 2020. The number represents a decrease of 3.1% due to the increase in depreciation, according to Maroc Telecom.

Adjusted net operating cash flow increased by 22.4% or MAD 11.22 billion ($1.22 billion) due to the drop in capital expenditures.

Maroc Telecom’s capital expenditure, also known as Capex, was down by 38.5% at the end of September. The group cited its “efficient management of investments” amid the crisis.

Despite the positive feedback regarding the capital expenditure, Maroc Telecom acknowledged that the mobile segment continues to suffer the COVID-19 crisis due to the loss of “significant income from tourism” and Moroccans residing abroad (MREs).

“This decrease is mitigated by the increase in fixed-line revenue which increased by 2% over the nine months of the year,” Maroc Telecom said.

Abdeslam Ahizoun, the chairman of the Board of Directors of Maroc Telecom Group, described the outcomes as a demonstration of success despite the current health crisis and the “stiffening competition.”

“International assets allow the Group to improve its resilience in this difficult environment,” he said.

He also argued that the company showed a “great capacity” to adapt to face the effects of the crisis by adopting cost optimization plans and managing optimized investments since the outbreak of the pandemic. 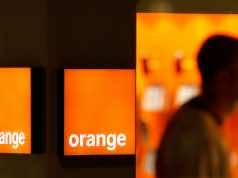