The UAE, Qatar, and Bahrain supported Morocco’s decision to respond to the flagrant violations by the Polisario Front, whose militants and supporters were blocking commercial and civil traffic in the region. 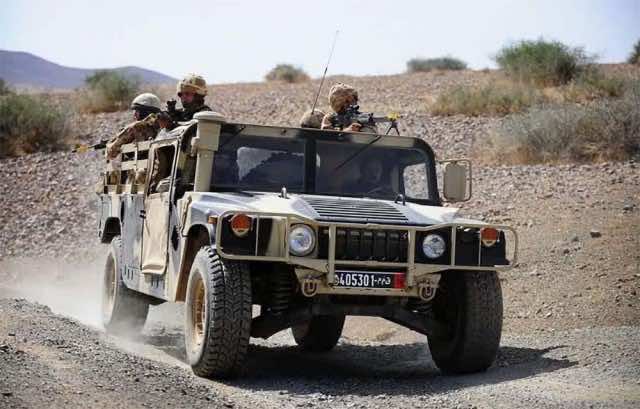 Rabat – The UAE, Bahrain and Qatar have announced their firm solidarity with Morocco and support for its decision to put an end to Polisario’s illegal maneuvers in the Guerguerat buffer zone.

The Emirates issued a press release today, applauding King Mohammed VI’s decision to send the Moroccan military to Guerguerat in response to provocative moves from Polisario, which hindered civil and commercial traffic across the Morocco-Mauritania border.

The ministry warned that such violations “constitute a flagrant violation of the concluded agreements and a great threat to the security and stability of the region.”

The Gulf country also renewed “continuous support” for Morocco in all measures it “deems necessary to defend the safety and security of its land and citizens.”

The UAE is among several states that recently opened a diplomatic representation in the southern provinces of Morocco. The opening comes as a tangible reflection of support for Morocco’s territorial integrity.

The foreign ministry also condemned the Polisario militants’ hostilities and their “dangerous provocations at the Guerguerat crossing in the Moroccan Sahara.”

The Gulf country said that the acts constitute a serious threat to civil and commercial movement, which represent a “violation of military agreements and an attempt to destabilize security and stability in the region.”

For Bahrain, Polisario’s maneuvers forced Morocco to launch the peaceful operation to restore traffic at the vital crossing of Guerguerat in “harmony with international legitimacy.”

Qatar voiced the same concerns regarding Polisario’s provocations, announcing full support for Morocco’s moves to “put an end to the blockage caused by the obstruction of movement.”

On Friday, Morocco’s Royal Armed Forces (FAR) issued a press release to denounce Polisario’s actions in the region and to announce its decision to dispatch personnel in the buffer zone.

Hours after the decision, the Moroccan armed forces announced that it had “completely secured” the Guerguerat border crossing between Morocco and Mauritania.

The military dismantled Polisario’s blockade and restored the flow of civil and commercial traffic through the establishment of a security cordon at the border post.

The construction was in line with King Mohammed VI’s instructions.

FAR announced that during its peaceful operations, Polisario opened fire on Moroccan forces.

The Moroccan army said that no casualties have been reported.

Morocco’s government condemned Polisario’s maneuvers, reassuring that the FAR’s operation was peaceful, without clashes or threats.

“This operation, aimed at putting a definitive end to the unacceptable behavior of the Polisario, comes after giving a diplomatic solution every chance through the good offices of the United Nations,” the Ministry of Foreign Affairs said.

The UN secretary general announced today frustration regarding the escalation, vowing to “do his utmost” to avoid the collapse of the ceasefire agreement.