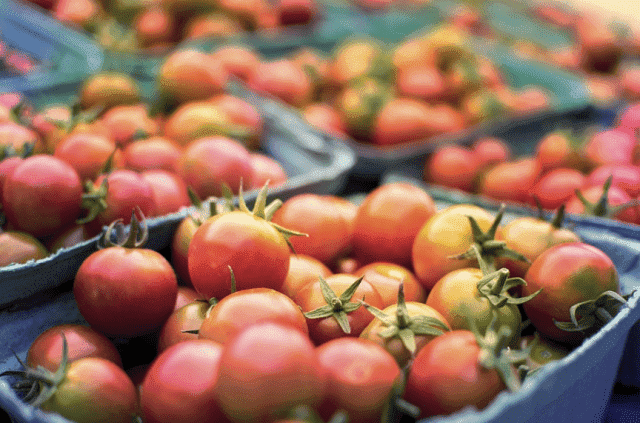 Mustafa Salma shared on his Facebook page the remarkable decrease of tomato prices in comparison with the last two weeks.

The Sahrawi activist, a resident of Nouakchott, noted that this is “the least of the region’s gains” following the resumption of the commercial traffic across the Moroccan-Mauritanian border.

After weeks of attempting to facilitate a diplomatic solution in Guerguerat, Morocco decided to act to end Polisario’s violations on November 13. On the evening of the same day, Morocco’s Royal Armed Forces (FAR) announced that it “completely secured” the area, allowing traffic to resume the next day.

FAR acted in the buffer zone to establish a security cordon at the border post and secure the flow of goods and people between Morocco and Mauritania.

The Mauritanian public and press expressed relief over the resumption of commercial activity, after weeks of worry and price inflation.

Some in Mauritania considered the move as humanitarian in the sense that it cleared the way for much-needed commercial activities between the two nations.

Morocco’s operation, which FAR labeled as “non-offensive,” is earning growing support from countries around the world.

In addition, several international groups have expressed concern regarding the situation in Guerguerat. Notably, EU High Representative for Foreign Affairs and Security Policy Josep Borrell stressed the importance of Moroccan trade’s impact on the “entire Maghreb and Sahel region.”

Mustafa Salma’s post, which attributes the decrease of goods’ prices in Mauritanian markets to Morocco’s act in Guerguerat, adds to several other areas where he has aligned with Morocco in the question of Western Sahara.

The former Polisario police chief recently sent an open letter to the mayor of Laayoune, Hamdi Ould Errachid. He commended the trust that the mayor has established with Sahrawis and urged Sahrawis to embrace dialogue with Morocco regarding the Western Sahara issue.

He sees dialogue as key to reconciliation and finding a political solution to end the dispute.