The Italian group argued that the Polisario Front carries out provocations in defiance of the UN and international law. 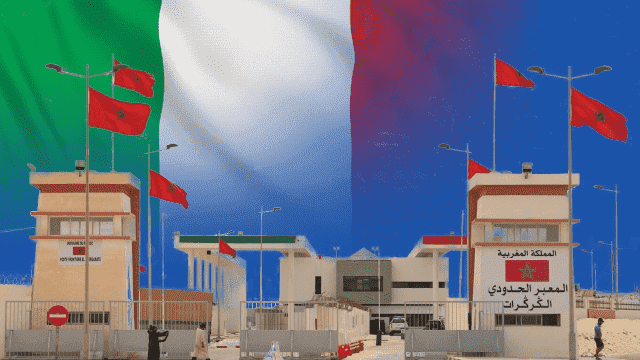 Rabat – More than 100 influential Italian personalities expressed their support for Morocco’s position in Western Sahara, following the appeal of the Italian-Moroccan Organization for Human Rights.

The supporters come from the world of politics, economics, and art, including parliamentarians, senators, university deans and professors, researchers, engineers, trade unionists, and sports professionals, among others.

They expressed their recognition of Morocco’s sovereignty over Western Sahara in addition to their support for a number of Moroccan actions in the region, namely the November 13 security operation in Guerguerat, where Polisario militias had staged a blockade of a vital border crossing for three weeks.

Morocco’s Western Sahara position continues to gather widespread support in the international community, for its compromise-based and pragmatic solution to the dispute.

In addition, many experts consider the Autonomy Plan — which the UN Security Council has described as “serious” and “credible” — to be the most viable route to a lasting solution to the Sahara crisis.

Morocco’s commitment to the UN-led process in addressing the Western Sahara issue adds to its commitment of respect for the UN Security Council’s resolutions and the 1991 ceasefire with Polisario.

Meanwhile, Polisario violated international law and announced the breaching of the 29-year-old ceasefire.

Polisario’s declaration came one day after Morocco’s action in Guerguerat to lift the Polisario-led blockade of the border crossing between Morocco and Mauritania.

The 100 Italian supporters also outlined Polisario’s acts, labeling them as provocations towards the UN and the international community.

They also said the “irresponsible” acts of Polisario have exposed Algeria’s “murky game” and the country’s role in the instrumentalization of the separatist group, using it like a puppet.

Morocco enjoys widespread support for its territorial integrity throughout Africa and the Middle East, and even in several Latin American countries. In Europe, a growing number of public figures and intellectuals are welcoming Morocco’s Autonomy Plan for the region and condemning Polisario’s militancy.

A writer for Italian Magazine Insideover recently argued that the Polisario Front has evolved into a dangerous “jihadist” group and a vector of instability and unpredictability.

Former French Prime Minister Manuel Valls made similar remarks, telling a Spanish radio station that the Polisario leadership is linked to a wide range of illegal activities and constitutes a threat to stability in the Sahel region.