After Jose Maria Aznar’s term as prime minister ended in 2004, every Spanish administration has avoided taking any position hostile to Morocco in the Western Sahara dispute.

Spain’s Ministry of Foreign Affairs is frustrated with Podemos party leader Pablo Iglesias and his calls for a referendum in Western Sahara.

With Podemos a part of the Spanish coalition government and Iglesias serving as the country’s second deputy prime minister, the party’s pro-Polisario rhetoric complicates Spain’s relations with Morocco.

According to El Espanol, Spain’s Minister of Foreign Affairs Arancha Gonzalez Laya is angry with Iglesias for putting “sticks in the wheels” of Prime Minister Pedro Sanchez’s relationship with Morocco.

Podemos, the fourth-largest political party in Spain, has held a pro-Polisario position since Iglesias established it in 2014.

During Spain’s spring 2019 elections, Podemos vowed to recognize the self-proclaimed SADR if it won a majority in parliament. The party also called for the Spanish government to establish diplomatic ties with the entity.

Until late last week, Spain’s foreign ministry had said nothing of the Guerguerat crisis other than that it was “monitoring” the situation and supporting UN efforts to preserve the ceasefire and find an agreed-upon political solution to the Western Sahara dispute.

Gonzalez Laya had to explicitly affirm Spain’s neutrality and stress that the foreign ministry governs the country’s position after Podemos and other parties such as the United Left expressed support for Polisario.

On November 15, Iglesias shared on Twitter a quote from a 1995 UN Security Council resolution: “It reiterates its commitment to hold, without further delay, a free, fair and impartial referendum for the self-determination of the people of Western Sahara …”

The post constituted a thinly-veiled endorsement of Polisario’s calls for a referendum.

In tune with most Polisario supporters, Iglesias failed to note that none of the 34 UN resolutions on Western Sahara since 2001 have mentioned or referenced a referendum.

The following day, Podemos urged the Pedro Sanchez government to support the holding of a referendum on self-determination in Western Sahara and work with the UN to “stop the war” and “comply with the resolutions” of the Security Council.

The statements from the second deputy prime minister added to the “offensive” against Morocco, as El Espanol put it, and Interior Minister Fernando Grande-Marlaska had to be “cautious” during his visit to Rabat on November 20.

“The tension in the Sahara has de-escalated, but Podemos is at its most intense,” sources at the foreign ministry told El Espanol.

Nicolas de Pedro, director of research at the Institute for Statecraft in London, told the outlet that “Iglesias should not have a word to say” on the Sahara question.

“Nobody can believe that a Sahrawi republic is good news at the moment,” he argued, stressing the current instability in the Sahel.

Spanish media report that Iglesias and Gonzalez Laya have been at odds for quite some time, with tensions swelling earlier this month when the two officials accompanied King Felipe VI to Bolivia.

In the Bolivian capital La Paz during the inauguration of new President Luis Arce, Iglesias was among the signatories of a manifesto against “the ultra-right coup.”

The manifesto warns of the threat posed by “the coup by the extreme right” to “social peace in the 21st century,” particularly amid the COVID-19 pandemic.

Spanish outlet El Espanol reported that the manifesto and Iglesias’ alleged off-record meetings with Latin American officials were “the most visible of the clashes” between the Podemos leader and Gonzalez Laya.

Sources at Spain’s foreign ministry told the outlet the tensions are continuing over Iglesias’ “alternative diplomacy”—this time in the Sahara. Podemos pose as “warriors” talking about Western Sahara, but the sources argue the populists are using renewed tensions in the region to throw “smoke screens over their judicial problems.” 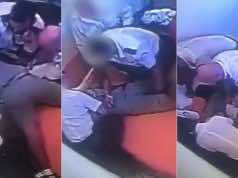 Morocco Hits Back at Spain’s ‘Fuel Franchise’ Amid Growing Tensions