Algeria appears desperate after the ECOWAS meeting that finished today did not include talks about its proposed gas pipeline with Nigeria.

Rabat – With the Nigeria-Morocco gas pipeline project, Algeria’s hostility towards Morocco is extending to Morocco’s projects with other African countries.

Quoted by Jeuene Independant, Attar argued that the project is inoperative due to “technical constraints.”

He said that such a project would require affording a financial contribution to each of the states involved as the pipeline route passes through many countries.

The Algerian official defended his country’s proposed pipeline project, saying that it would link the two countries via a single destination: Niger.

Jeune Independent said that Nigeria and Algeria held talks regarding the Trans-Saharan gas pipeline during a recent visit by Algerian foreign minister Sabri Boukadoum to Lagos.

“The two countries are preparing to relaunch their cooperation both politically and economically,” the news outlet reported, citing cold diplomatic relations between Nigeria and Algeria for several years.

It is possible to explain Algeria’s rush and the recent hostile remarks from the energy ministry through the fact that Algeria’s project has not yet seen the light of day.

Nigeria and Algeria signed an agreement on the project in 2002. A feasibility study in 2006 showed that the project is doable, but security concerns delayed its implementation.

In addition to the delay, Algeria also appeared desperate due to the absence of its project from the ECOWAS meeting that ended today.

The Department of Energy and Mines of ECOWAS held a meeting on December 9-10 to discuss developments on the West Africa Gas Pipeline Extension Project (WAGPEP).

The meeting, which involves the representatives from Morocco’s National Society of Hydrocarbons and Mines of (ONHYM), also serves as an opportunity for ECOWAS members to discuss synergies between WAGPEP and the Nigeria-Morocco pipeline project.

A statement from the organization said that the projects contribute to common objectives, “which are the development of the region’s gas resources.”

ECOWAS, ONHYM, and the Nigeria National Petroleum Corporation (NNPC) are discussing a memorandum of understanding to achieve an agreement regarding the project.

This is not the first time Algeria has interfered in Morocco’s diplomatic and economic achievements.

Algeria consistently and actively works against Morocco as it opposes its neighbor’s territorial integrity and sovereignty over Western Sahara.

Algeria also finances the Polisario Front, defending and supporting the separatists’ “independence claims” over the region. 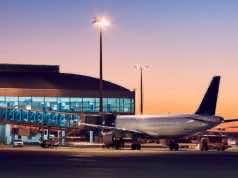