Some countries have decided to restrict the use of the AstraZeneca vaccine to people aged under 65 due to health concerns.

Rabat – Morocco’s Ministry of Health announced on Thursday that it is allowing health officials to use the AstraZeneca vaccine on populations aged 65 and above.

In recent weeks, some countries have expressed concerns regarding the vaccine, including France.

The European country recently announced its decision to restrict the use of AstraZeneca COVID-19 vaccine to people aged under 65.

According to the Moroccan health ministry, however, several elements allow for the use of the vaccine to be maintained for populations aged above 65.

The ministry said that the AstraZeneca vaccine has obtained authorization for use without age limit to 65.

It argued that the European Medicines Agency, as well as health authorities of several countries, including Morocco, have authorized the vaccine.

The statement emphasized that data from the clinical trial does not urge the government to exclude people aged 65 and up from the list of beneficiaries.

The side effects from the vaccines are generally milder and less frequent among the population aged 65 compared to younger people, it added.

The statement also reassured citizens of the efficacy and safety of the AstraZeneca vaccine for the population aged 65.

As of February 4, over 351,723 people received their first doses of COVID-19 vaccines in Morocco. The process is part of the first phase of the vaccination campaign.

The first phase seeks to cover frontline workers, including doctors, teachers, and security services. The campaign also covers people who are in the high risk categories. 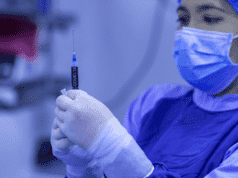 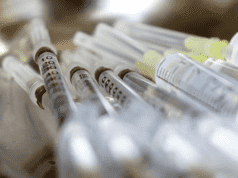 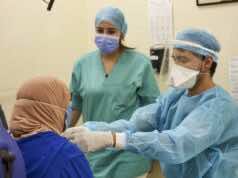