The decision is due to “deep misunderstandings with the Federal Republic of Germany on fundamental questions of the Kingdom of Morocco.” 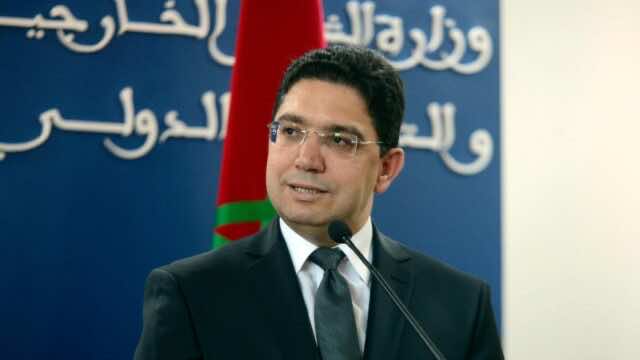 Rabat – Ministry of Foreign Affairs announced the suspension of all contact with Germany’s embassy in Rabat.

The foreign ministry’s statement, which went viral online, argued that the decision is due to “deep misunderstandings with the Federal Republic of Germany on fundamental questions of the Kingdom of Morocco”

The ministry called on all ministerial departments and all the bodies which come under their supervision to suspend all contact, interaction or cooperative action “in any way, shape or form.”

“Any derogation from this suspension can only be done on the basis of an explicit prior agreement from the Ministry of Foreign Affairs, African Cooperation and Moroccans Residing Abroad.”

The Moroccan ministry concluded its statement, saying that it has taken the decision to suspend all contact or approach with the German Embassy in Morocco.

Major news outlets published the same statement, but the state agency and Morocco’s government have yet to confirm the news.

In December, Morocco’s Minister of Foreign Affairs Nasser Bourita held a phone call with his German counterpart Gerd Muller to deepen cooperation between Morocco and Germany in different fields, including efforts to fight COVID-19.

The two ministers welcomed the conclusions of the latest intergovernmental development cooperation negotiations.

The same month witnessed discussion between Morocco and Germany on green energy development.

It remains to be seen whether the decision has links with Germany’s position over Morocco’s stance in sovereign dossiers, including Western Sahara.

Some observers acquainted with Morocco-Germany relationship believe the cause of the rift is Germany’s refusal to extradite  Mohamed Habjib a former Morocco terrorism convict who lives in Germany. Hajib has been living in Germany since 2017 after he spent seven years in a Moroccan prison for terrorism charges.

Since he moved to Germany with his Irish wife, Hajib has published a series of videos in YouTube where he accuses Moroccan security services of having subjected him to torture, charges that many of his cellmates deny.

Other observers pointed that the main reason behind this bout of tension between two countries is the Transparency International’s recent report about Morocco. The German NGO released a report that was very critical of the country’s track -record in fighting corruption.

Dismissing the efforts the country has made over the past year to fight the COVID-19 pandemic and mitigate its social and economic impact, and also launching country-wide vaccination campaign, the report painted a very dark picture of Morocco’s economic outlook, blaming it on corruption and the “failure” of the state to tackle it.

For many observers who spoke to MWN, the report smacks of being politically motivated. A money-laundering and anti-corruption expert, who spoke to MWN on the condition of anonymity, wonders why Transparency International never questions the level of corruption raging in any reputable German multinationals or Germany’s money-laundering deficiencies.

“At the same time Germany has been heavily criticized for not punishing its companies that commit bribery abroad. For example, Siemens was punished by the US. Freesenius was happily bribing Morocco, and also punished by the US. However, TI never issued a repot about them,” the expert added.

A report issued by Organized Crime and Corruption Reporting Project in 2018 said German’s real estate market had become a magnet for money-laundering and dirty money. The report was based on Transparency International Report that is no longer accessible. 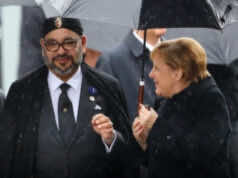