The Dutch leader, known for his hate speech against Muslims living in the Netherlands expressed on his Twitter account the hope that the US controversial candidate will be the next American President.

Wilders said that Trump election would be a good thing for America and Europe, adding that the world needs “brave leaders” like him.

“I hope @realDonaldTrump will be the next US President. Good for America, good for Europe. We need brave leaders,” he said on his twitter account.

I hope @realDonaldTrump will be the next US President. Good for America, good for Europe. We need brave leaders. pic.twitter.com/FWJSaQdClM

Both hate speech leaders have in common their fearmongering against Muslims. While Trump called for banning Muslims from entering the US during a rally on Monday, the Dutch politician called for stopping the Islamic invasion, during a parliamentary debate last month.

In an interview with Reuters on the debate over the arrival of Syrian refugees to European countries, Wilders said he wants to close his country’s borders to stop the waves of refugees arriving in the Netherlands.

“Masses of young men in their twenties with beards [are] singing ‘Allahu Akbar’ across Europe. It’s an invasion that threatens our prosperity, our security, our culture, and identity,” he said.

Wilders is set to face trial in 2016 for “inciting discrimination and hatred” against Moroccans living in the Netherlands. He is accused of “insulting a group of people based on their race.” 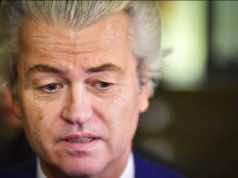 With a Wounded Wilders, What’s Next for Moroccans in the Netherlands? 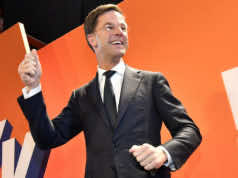