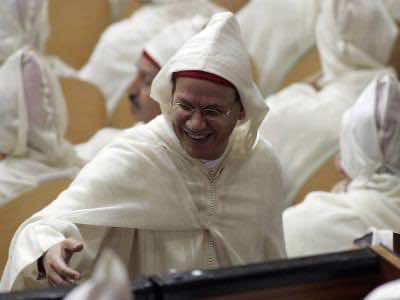 King Mohammed VI has appointed Fouad Ali El Himma as his advisor in the Royal Cabinet, the Ministry of the Royal Household, Protocol and Chancellery announced on Wednesday in a statement.

The statement said the appointment came in view of the experience Ali El Himma has accumulated in discharging the missions entrusted to him.

Fouad Ali El Himma, who studied at the Royal School, had joined the Interior Ministry and held the post of head of the Crown Prince Sidi Mohammed’s office from October 1998 to July 1999, then director of King Mohammed VI’s office from July to November 1999.

He was later elected president of the urban commune of Benguerir (central Morocco).

Ali El Himma was born in Marrakech on December 6, 1962. He obtained his baccalaureate in 1981 then a master’s degree in law and comparative law from the faculty of legal, economic and social sciences in Rabat in 1986. He also got two certificates of higher studies in political sciences in 1988 and in administrative sciences in 1989.

Between 1992 and 1997, he was president of the municipal council of Benguerir and deputy of Rhamnas, province of El Kalaâ des Sraghnas from 1995 to 1997.

On November 9, 1999, King Mohammed VI appointed him as secretary of state at the Interior ministry.

On November 7, 2002, King Mohammed VI appointed him as minister delegate to the Interior Minister.

Fouad Ali El Himma is also the founding member of the Party of Authenticity and Modernity (PAM), which obtained 47 seats in the last legislative elections held last month.