Morocco World News
Home Highlights on Morocco Equipment and Transportation Ministry: Bone of Contention Between the PJD and the... 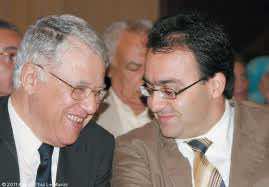 While most news outlets reported on Sunday that  Abdelilah Benkirane, Prime Minister designate, had submitted the list of his government for approval by King Mohammed VI, rumors spread about the disagreement that might have arisen between the leaders of the PJD and those of the Istiqlal Party over the Ministry of Equipment and Transportation.

Sources said that the representatives of the Istiqlal Party, in a meeting with Benkirane held on Sunday 25 December, remained clinging to the Ministry of Equipment and Transportion, and refused all offers made by the Prime Minister to compensate for that specific portfolio.

The Istiqlal Party has strongly opposed the final formation of the government, especially after they discovered that the name chosen for the Equipment and Transport portfolio was not a minister from their party, as it was allegedly agreed upon. To Abas El Fassi’s dismay, the person candidate for that Ministry is Mr. Abdelghani Lakhder from the PJD.

Soon after the final list proposed by Abdelilah Benkirane, leaked to the press, Mohammed Al-Khalifa, member of the Executive Committee of the Istiqlal Party, said that his party must take portfolios “proportionate to the size and number of his deputies, its position in Morocco’s political arena in and its government, in addition to its history of struggle.”

“It is the right of the Istiqlal party to have its share in all sectors and ministries, even the ones that were called sovereign ministries, except the one of National Defense. The party is entitled to be entrusted with big ministries, such as the ones of Public Service, Agriculture, Education, Housing and Urbanization, in addition to medium ministries such as Tourism, Handicrafts, as well as a number of Secretariats of State,” Al-Khalifa stressed.

The leaders of the Justice and Development Party refused to comment on the new position of the Istiqlal Party, stating that “Negotiations and consultations are in the hands of the Secretary General of the PJD.”

In the previous government, Karim Ghallab was in charge of the coveted ministry of Equipment and Transportion. Ghallab has recently been elected as the new Speaker of the House of Representatives, an outcome that was not well received by a number of parliamentarians, who questioned the constitutionality of such election.

Another issue of controversy related to the Ministry Equipment and Transportation ministry is the project of high speed train (TJV) which the Istiqlal Party approved on when Ghallab was the minister. Now that the PJD will be heading the up-coming government and strongly demanding this ministry to be under their control, there are concerns that the project might be cancelled should that Ministry be under the helm of the PJD. The latter’s leaders confirmed that they will not cancel such a landmark project, although they are of the view of postponing its implementation starting from 2015.

On Tuesday, sources reported that “suspicious” private archive from the Equipment and Transport ministry was set into fire in Lwelja Slaoui street in Rabat. This incident comes at a sensitive and crucial time characterized by the tireless efforts made by the Istiqlal Party to keep that ministry under its control.

The incident which could be a deliberate act to eliminate all incriminating documents, comes at a time when the newly-elected Speaker of the House of Representatives is assailed by accusations of embezzlement of public money during the time when he was at the helm of the Ministry of Equipment Transportation.