New York, March - On its first edition as a pan Arab show, Arab Idol, which replaced Super Star that have been held since 2003 and aired on Future Television, came to an end tonight with the closing ceremony. 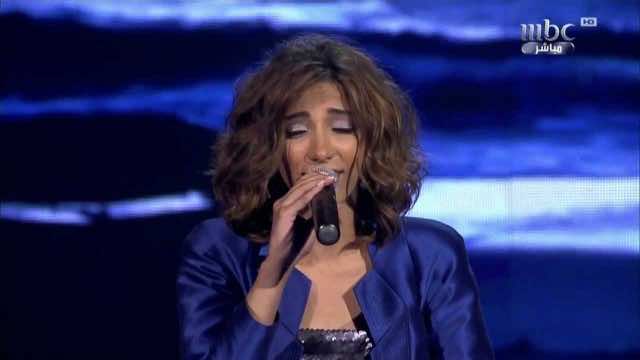 New York, March – On its first edition as a pan Arab show, Arab Idol, which replaced Super Star that have been held since 2003 and aired on Future Television, came to an end tonight with the closing ceremony.

Contrary to everybody’s expectations and to the disappointment of millions of viewers, Dounia Batma’s dream of winning the first title of Arab Idol has become a mirage.

The vote which favored Carmen Soulaymen, the Egyptian candidate, has come as a total shock after the unprecedented performance of Dounia during the primes and which received positive praise from the jury and viewers.

The last show ended with a song by Carmen Soulaymen in total absence of Dounia who left the stage immediately after the results were revealed.

Dounia’s hard luck took lots of viewers by surprise. Her news went viral on social media where people expressed their best wishes for her career to be among the best Arab Singer.

“With her soulful voice, I think she will show her supremacy all over the Arab world. The legacy of your family as great singers, musicians is in good hands,” Aziz, a Moroccan resident in New York told MWN.

“For me Dounia Batma did her best to honor Morocco and be the winner. She was performing great, and she has been very good in choosing songs and cloths. She’s glowing on the stage like an experienced star,” said Majdouline,  an MA student at the University of Mohammed Ben Abdelah in Fez.

On her part, Moroccan singer Nidal Ibourk expressed her sadness for Dounia’s unlucky result, but expressed her confidence that the young star will make it to the top.

“Artistically speaking they both have beautiful voices and great techniques that show that they are highly trained and deserve to be the finalists,” she told MWN on a phone call from Chicago.

“I like both voices of course and at this point I feel that they are both winners. Dounia Batma sang all genres with ease and I liked her perseverance and confidence on stage, and the fact that she comes from a famous music family in Morocco has earned her even more fans,” Nidal added.

This year’s version started with ten young contestants who were chosen from all over the Arab world after many auditions. Each one of them performed a song on stage in front of the audience and jury on a weekly show every Friday night.

The jury consisted of the Lebanese super star, Ragheb Alam, one of the most successful Arab singers, female Emarati singer Ahlam and the composer Hassan Alchifai and personated by Abdullah Al Tlayhi.

Participants of the first episode of Arab Idol were Rania Marsoui from Tunisia, Muhannad Talal Nemer from Saudi Arabia, Shirine Lajmy from Tunisia, Abdel Moneim Amro from Palestine, the Dunia Botme from Morocco, and Nadia Jameel from Syria.

The contest is based on viewers’ votes that choose their favorite singer via SMS. Singers who receive the least number of votes are eliminated during a separate results’ show all across the show until there is one left.

In addition to the title of “Arab Idol”, the winner of the contest wins three generous prizes: a contract with Platinum Records Company (recording label affiliated with MBC channel), which will produce Arab Idol winner’s first album, a publicity contract with Pepsi Company and a Chevrolet Corvette.