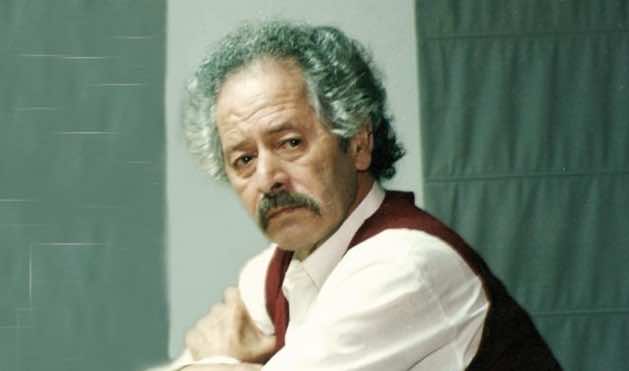 Such a Choukrian writing trajectory made of the Tangerian writer a famous, or probably an infamous, figure within the Arabic literary scene, and even beyond. Needless to say, the hubbub and mayhem his first book Al-Khubz Al-Hafi (For Bread Alone) generated within literary and non-literary circles throughout the Arab World was almost unprecedented and unparalleled.

Who then is this Mohamed Choukri, who tells us in Al-Khubz Al-Hafi that his encounter with school and schooling did not happen till he reached twenty? And how did he manage to attain international fame and acclaim as a writer after spending years sleeping on the streets of Tangier?

I want to start with the following assertion: a- Choukri’s life, from childhood to adulthood to old age, is anything but ordinary; and b- his life experiences, in northern Morocco/ Tangier in particular, cast such a huge shadow over the entirety of his writings. Commenting on Choukri’s extraordinary life, American expatriate writer Paul Bowles states: “To have taken and implemented such a decision [i.e. to go to school] at the age of twenty is unusual. To have passed in the space of five years from learning the letters of the alphabet to writing poems and stories is even more unexpected” (Bowles, “Introduction” 6).

Indeed, Choukri’s own experiences of poverty, hunger, illiteracy, domestic abuse, child labor, homelessness, crime, violence, imprisonment, addiction to drugs and alcohol, sexual revelry, male prostitution, and so on provide the skeleton to his literary career. Let us sketch some biographical details. Choukri’s family was extremely poor, and therefore young Choukri grew up in an environment of starvation and neglect.

Kenneth Lisenbee states that eight of Choukri’s siblings died of hunger, malnutrition, and negligence (Lisenbee).Paul Bowles, who translated Choukri’s fist autobiography Al-Khubz Al-Hafi into English under the title For Bread Alone, notes that the conditions of poverty under which Choukri grew up were “excessive even for Morocco” (6). In For Bread Alone, Choukri writes in details about his harsh life. Hunger was his constant enemy: “One afternoon I could not stop crying. I was hungry.

I had sucked my fingers so much that the idea of doing it again made me sick to my stomach” (9). The pain of hunger made young Choukri opt for extreme ways to seek food: “One day when the hunger had grown too strong, I went out to Ain Ketiout to look in the garbage dump for bones and ends of dry bread” (10). No doubt, young Choukri suffered a great deal of humiliation.

Besides hunger, Choukri had to cope with his father’s tyranny, almost daily. His father was of the violent type. Choukri recounts how one day he started crying out for bread only to receive slaps and kicks from his father, who would then shout: “Shut up! Shut up! Shut up! If you’re hungry, eat your mother’s heart” (For Bread 10).

This shocking murder obviously cut deeply in young Choukri’s psyche, and he felt threatened to suffer the same destiny. Consequently, he lived in constant fear and hatred of his father. Fortunately, he had a loving mother, who tried repeatedly to shield him from such domestic abuse, though she was herself a victim of her husband’s violence. Choukri would think of his mother and wonders: “Why isn’t she strong enough to hit him as hard as he hits her? Men hit. Women scream and weep” (13).

Choukri’s father not only beat him but forced him to go work in a café; he would work “from six in the morning until after midnight. Each month [his] father went and collected the thirty pesetas [he] had earned with [his] work. He did not give [him] any of it” (For Bread 29). Having no money, Choukri developed a habit of stealing (31).

While still a child, Choukri developed other bad habits, such as drinking alcohol and smoking kif. Young Choukri was also forced to work at a brick factory; his job consisted of “pushing a wheel-barrow full of clay or bricks back and forth for eight or nine hours a day” (40).

But soon he left this hard job and kept moving between different professions; he worked at a pottery kiln, polished passers-by’s shoes, and hawked “the daily [Spanish] paper El Diario de Africa” (41). He also helped his mother sell vegetables and fruit at an open market; and his task was to shout “in a strident voice at the passers-by” (43).

Choukri, the child, still had to deal with his abusive father back home. To avoid this unfortunate encounter, he would every now and then sleep “in the alleys along with other vagabonds” (For Bread 69). As a last resort, he finally decided to run away from his parents’ house in Tetouan and move to Tangier.

In Tangier he lived on the streets and mingled with prostitutes, gays, pimps, drunks, drug dealers and addicts, thieves, and the like. In order to survive, he would occasionally sell different items, such as watches, shawls and handkerchiefs at the port for foreigners coming to or stopping in Tangier (190-191).

This kind of life is anything but ordinary, especially for someone who would eventually emerge as an internationally-acclaimed author. It’s important to reiterate that Choukri’s parents never sent him to school. Only when he was twenty did he begin to think seriously about learning to read and write. Choukri tells his reader how one day he “bought a book that explained the essentials of writing and reading Arabic” (For Bread 210).

With the help of a friend, Choukri decided to go to school, a turning point in his life. At the age of twenty, “Choukri –thief, small-time smuggler, male prostitute –managed to procure a place at a school in the desert town of Al-Ara’esh [Larache] where he finally learned to read and write” (“Mohamed Choukri”). On his first day at school, Choukri “felt wretched and guilty” and thought he should not be there (Choukri, Streetwise 27).

He eventually adapted to this new environment of schooling, though not without difficulties. All of a sudden he became enamored with reading and writing, which “had become a sleeping and waking obsession” (41). He would shut himself away so that he could read as much as he could (54). Indeed, his passion for reading lessened his addiction to alcohol and drugs (55). He was in the midst of an experience of enlightenment, liberation, and rebirth.

Such an overview of Choukri’s life gives us some insight as to why Choukri chooses to write about issues deemed controversial and immoral. He could not avoid writing about the harsh experiences he went through, especially in his childhood. Choukri found writing a very precious tool to record many aspects of life around him, both major and minor.

Indeed, his recording of everyday life incidents provided a kind of cure for his life of addiction and isolation; by writing about what he saw and experienced on a daily basis he gave some significance and purpose to his life and offered a keen critique of the ills of Tangier and Moroccan society at large, a society he saw indulged in all sorts of immoral behavior in secret but refused to bring such behavior to the public discourse.

We should also underscore that Choukri, the writer, identifies with the social realism trend in literature; he depicts what is happening in Moroccan society, focusing on the underworld imbedded within that society, an underworld he knows intimately. Choukri presents the reader with his life of misery, promiscuity, and addiction unedited, not heeding society’s reaction. Moroccan society, its ills, and alleged hypocrisy in the post-Independence era constitute his main points of critique.

Being an acute social critic, Choukri observes his Moroccan/Tangieran society; sees how it harbors so many wrongs; and decides to record these wrongs in his works. In Streetwise, he avers in protest: “I wrote about everything that was wrong with the city [Tangier]. I railed against it. The city’s splendours that had once enchanted me were now drowned in hubbub and din” (149). The gloomy picture Choukri paints of Tangier, as well as his own feelings of frustration and desperation in the quote permeates the entirety of his works. In his essay “When the subaltern speaks,” Ferial Ghazoul sums up Choukri’s writing career as follows:

The Moroccan writer Mohamed Choukri is an exceptional figure: victim of the famine in the Rif where he was born in 1935, migrant to occupied Tangiers and Oran as a child and adolescent, he survived to tell a tale that many would rather not hear, because it represents the unspeakable horrors of cosmopolitan cities in the Third World.  (Ghazoul)

Another proposition this essay ventures in order to account for Choukri’s controversial writings has to do with foreign/Western influences. When Choukri became enamored with reading literary works, he was introduced to a range of Western authors. He was, in fact, inspired by the works of a number of European writers:

I discovered Heinrich Heine before I discovered Rimbaud, Verlaine, Nerval, Baudelaire, Shelley, Keats and Byron.  I knew Heine’s ‘I love, therefore I live’ before I learned about Descartes’ ‘I think, therefore I am’. Then Sartre came along and planted another concept in me: ‘L’enfer c’est les autres.’ (Choukri, Streetwise 150)

Rousseau’s Confessions, in particular, was a great source of inspiration for Choukri, who admits that the work “taught [him] how one can gain consolation in the appreciation of the small things that others neglect” (150). Choukri was widely read in Western literature, which was bound to exert an influence on his writings, either directly or indirectly.

Choukri’s intimacy and familiarity with such Western works might account for the fact that his writing trajectory is not aligned, in many respects, with the mainstream Arabic literary tradition. His works are innovative, liberal, and controversial; and they pose a challenge to social norms and religious dictates. One could argue that Choukri’s works do have a Western feel.

Also, it’s important to mention that Tangier, as an International Zone during the first half of the 20th Century and beyond, housed a number of Western writers, whom Choukri befriended and worked with. These include Jean Genet, Paul Bowles, William Burroughs, Jack Kerouac, Allen Ginsberg, Brion Gysin, and others.

To sum up, Choukri’s fame/notoriety has roots in his extraordinarily harsh life. Choukri literally had to struggle to remain alive. He would steal to quell his hunger. He had to sleep on the streets and prostitute himself. He became addicted to drugs and alcohol, while still a teenager. This is what Choukri felt compelled to write about after he earned literacy, which would earn him international acclaim.

Choukri, Mohamed. “Being and Place: An Interview with Mohamed Choukri.” Alif: Journal of