Morocco World News
Home Highlights on Morocco Are the Years of Lead Back in Morocco? 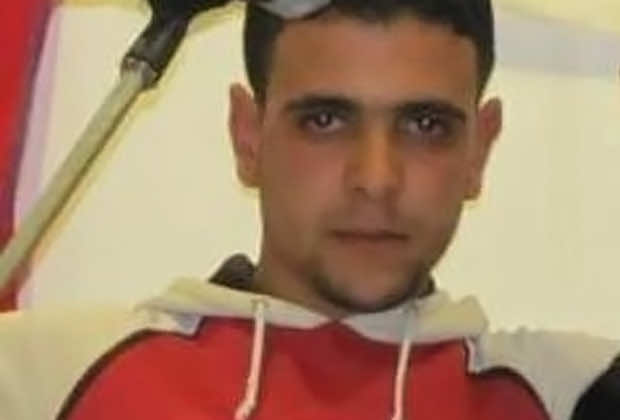 Known as the “Years of Lead,” or the “Years of Embers,” the 1970s and the 1980s are recorded to be the worst years in the history of post-independence Morocco by virtue of the huge state violence against dissidents and democracy activists. During this dark era of Moroccan history, dissidents were arrested and imprisoned, others disappeared, the right to expression was confiscated as books were banned, newspapers closed, demonstrations cracked down.

By the ascendance of King Mohammed VI to the throne in 1999, a new era unfolded, this time, marked by flexibility, openness, and more freedoms such as the freedom of speech. People and press started tackling and touching upon very critical political issues which were hitherto taboos.

King Mohammed VI inaugurated the Equity and Reconciliation Commission to examine human rights abuses against political dissidents and activists and provide compensations for those who fell victims to state violence and unfair policies. In 2006 Mohammed IV admitted the human rights abuses of the Years of Lead, expressed his regret and spoke of the need to draw lessons from the past.

The so called “Arab Spring” came to push people aspirations and demands to the edge. The 20th February movement took out to the streets in many cities in Morocco asking for a political reform that would guarantee more freedom, more rights and more social justice. King Mohammed IV was very responsive and deemed by many commentators and followers to be the wisest of all Arab rulers. In his speech of March 9th, 2011 he gave the green light for a drastic political reform; a new constitution, a new parliament with considerable power, a prime minister vested with wider responsibilities that were at the hand of the Palace etc.

Morocco was spared the anarchy that rules over many Arab Spring countries nowadays thanks to the king’s responsiveness. However, two years after the demonstrations in Morocco and after the 20th February movement has gradually declined due to some objective and subjective reasons, some people claim that many abusive practices similar to those of the Years of Lead have resurfaced. A number of people post videos on the net and claim to have been abused in prisons and police stations, while a number of statements were issued by human rights groups in Morocco denouncing the decline of human rights.

On Saturday, February 16th, Hespress, the most famous Arabic News outlet in Morocco, posted a video of a citizen called El-Boussi Hassan from Taza. The man speaks with great emotion and stops every now and then to subdue his inner cry, and wipe his tears. After seeing the video, the first question that comes to mind is: are the Years of Lead back in Morocco?
Hassan El-Boussi claims that his ‘innocent’ son, El-Boussi Mohammed, has been arrested, tortured, abused and charged with very heavy accusations to be later condemned to ten years of imprisonment. El-Boussi Mohammed is charged with setting fire in a police car in the unrest of Taza that erupted in January 2012 when people took out to the streets to protest against the exorbitant water and electricity bills. The father refutes all the accusations against his son and affirms that the day the car was burned his son was with him at work. He adds that he obtained a work certificate for his son, but on the day of trial the certificate was “tossed at the faces of his lawyers.”

Mohammed El-Boussi was taken to a police station where “they folded his eyes” and “kept torturing him the whole night till 6:00 a.m. “When they released him he was in a hopeless case” according to his father’s account.

“Blindfolded, he signed 23 papers. He refused to sign them at first, but they threatened to have him sit on a bottle. He ultimately signed under fear… This is unfair, this is unfair. The real criminals are still freely roaming around,” the father tearfully grouses.

Hassan El-Boussi calls for all Moroccans to stand by his side in this affair. He also addresses human rights groups and the people “who still have mercy in their hearts” to help him. He adds that he receives a lot of unknown phone calls threatening him.

“I ask his Majesty the king to find a solution for me; my son is innocent and I’m threatened…My son is a student; they wasted his life, they silenced him, they sent him to oblivion in prison,” he addes.

I always believed that Morocco is a real exception in the region and I still believe so. However, such practices, if they were true, would certainly raise pessimism and distrust in the whole ‘democratic process.’ The ministry of justice should react immediately and open an impartial investigation into the events of Taza and the subsequent human rights abuses and violations claimed by many people.

The perpetrators of crimes against people and the violators of human rights should be tried whoever they are because all Moroccans are equal before the law as the constitution says. This is badly needed in order to spare the country any unwanted problems in the future.