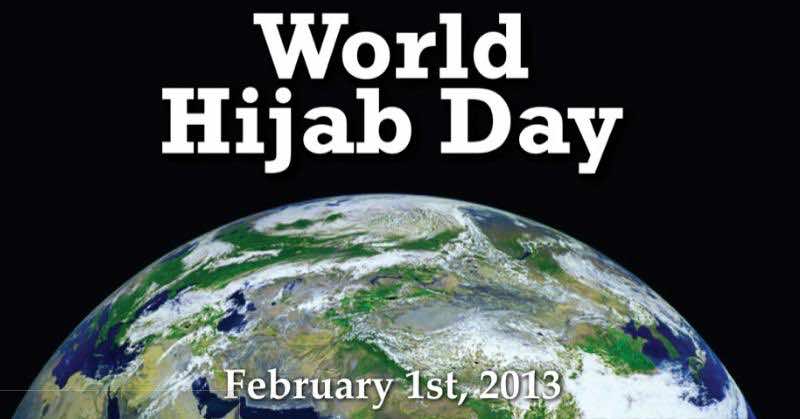 Rabat – World Hijab Day is a recently-launched website whose aim is to reconcile Muslims and non-Muslims with hijab, and Islam in general. They call on Muslim and non-Muslim women to participate in worldwide event by embracing the Muslim headscarf for one day.

Morocco World News conducted an interview with Nazma Khan, the founder of the World Hijab Day, in order to enlighten readers on the goals of this website and the rationale behind its launching.

The following interview provides an extensive view of WHD’s objectives and principles.

MWN:  What is the “World Hijab day” about?

MWN: Why Feb 1st as a date for “celebrating” hijab worldwide?

WHD: There is no particular reason behind this date. It was chosen randomly.

MWN: When did the thought of celebrating hijab worldwide start off?

WHD: On October 1st, 2010, I launched an online hijab store called StunningHijab.com.  The main mission was to cater to Muslim women across the globe with unique design hijabs along with hijab education and moral support. Shortly afterwards, I started to receive e-mails from women across the globe regarding how they’re facing discrimination due to their hijab (Islamic veil). Immediately, I was able to relate to them and knew exactly what they were going through.

I came to America from Bangladesh at the age of eleven and was admitted to school. I was the only one to wear hijab in the entire school.  My classmates started to make fun of my hijab and called me names such as batman, ninja, etc. They also became physical with me. I was terrified.

I faced similar situations during my high school years. I still remember the day when a bunch of girls waited outside of my class just to pull off my hijab. I felt so helpless. It really didn’t get any better as I was constantly being called names just like my previous school. In addition, I was being spit at.  I always faced the following question: “Why don’t you ever dress normal?”

Things got even worse when I entered university during the time of 9/11. Being a Muslim in New York after 9/11 was risky to begin with. On top of that, being a hijabi was a direct sign saying “she is a MUSLIM!” I constantly lived in fear as I was called names such as Osama, terrorist, etc. It was a total nightmare.

During summer of 2011, after receiving many messages from sisters across the globe with similar situations, I kept on thinking how can I help them and myself? That’s when the idea of “World Hijab Day” was born.  I thought if I could invite other women (Muslim & non-Muslims) to walk in my shoes just for one day, perhaps, things would change.

MWN:  What were your motives behind designing such a website? Whose idea was it?

WHD: I wanted to design a website presenting straightforward and easy to understand message about the movement. It was my idea but it only came to life with the help of Kawsar Ahmed, a diligent and talented graphic designer.

In addition, our Facebook fan page was a huge component of spreading the word. Through it, we were able to reach and communicate with thousands of supporters.

MWN: How effective do you believe your website has been in raising awareness about hijab in particular, and Islam as a whole?

WHD: I believe it has been very effective just by looking at the logistic and demographical statistics of our Facebook alone. For instance, in just seven days, we had 9,000+ fans on our Facebook. Our weekly reach was more than 338,000+ people.

Our participant/volunteer survey form has been filled out by women from 60+ countries from various backgrounds: Christian, Mormon, Agnositic, Rastafari, Atehtist, Pagan, Wiccan, Muslim, etc. Our literature has been translated in 23 languages. World Hijab Day has been featured on mainstream news media such as BBC, Al-Jazeera, Huffington post, etc.

However, at the end of the day, I measure the success and effectiveness of this movement by the countless heartfelt stories like these:

My daughter (8 years old) is sporting her favorite scarf. She said she got called names but she kept wearing it and it didn’t seem to bother her. We are Christians but love our Muslim sisters! My daughter wants to involve her class next year. [Kerri-Jo Stewart, Canada]

My first time… but some of my friends and I have taken a vow to wear a hijab for a year and a day. It is to honor woman around the world that wear them every day. [Diana Austin, Pagan, USA]

Even if I have changed one heart or mind, I believe I have succeeded my goals and World Hijab Day has been successful.

MWN: To what extent do you believe your website represent or reflect the Islamic teachings?

WHD: We have tried our very best to present information from the Quran and authentic teachings of Prophet Muhammad (peace be upon him).  May Allah forgive us for our shortcomings.

MWN: To what extent do you believe the World Hijab Day has been effective in correcting those hijab-related stereotypes?

WHD: Let’s hear the answer by one of the participants of World Hijab Day:

I greatly respect women who wear hijab every day. I found it quite comfortable actually, and the anonymity was kind of nice. It was a good experience. I’m still confused however as to why some people seem to equate hijab with oppression. I found nothing oppressive about covering my head at all on the contrary, it was liberating not having to constantly worry about my hair. [Tia StoneJaa, non-Muslim, USA]

Clearly, thousands of World Hijab Day participants have shown that they have “chosen” freely to wear the hijab. They weren’t forced to wear it, which is a huge misconception about hijab.

MWN: Could you state some of the achievements you have made in defending the Muslim sister as well as Islam?

WHD: Many of the non-Muslim World Hijab Day participants have reassured that there is nothing oppressive about Muslim women wearing the hijab rather it is liberating.

MWN: Do you view your work as a call to God and Islam? How so?

WHD: Most definitely! God says in the Qur’an, “Invite (all) to the Way of your Rabb (Cherisher and Sustainer) with wisdom and beautiful preaching; and argue with them in ways that are best and most gracious: for your Rabb knows best, who have strayed from His Path, and who receive guidance.” (16:125)

I believe I am making Dawah in the most subtle yet effective way. Through this project, I’m reaching a platform of both Muslims and Non-Muslims and the outcome has been an outstanding success.

We only put forth small efforts, it’s the Merciful Allah who accepts and recompenses us for them.

MWN: Who are your sponsors, and how far their sponsorship has been fruitful?

WHD: The whole world has been my sponsor with the help of God. But truly it is only thorough the word of mouth of each supporter of this noble cause, we were able to reach our goals. And, I’m so proud of my teammates who worked hard day and night to make this movement successful.

As for next year, my goal is to have 1 million participants and asking for everyone’s help and prayer.

MWN: What is your message to non-Muslims or Muslims who view hijab as oppression or prison?

WHD: I would kindly ask them not to judge or jump to such conclusions. Instead, I would ask them to go straight to the source-women who wear the hijab and seek the truth instead of listening to the media.