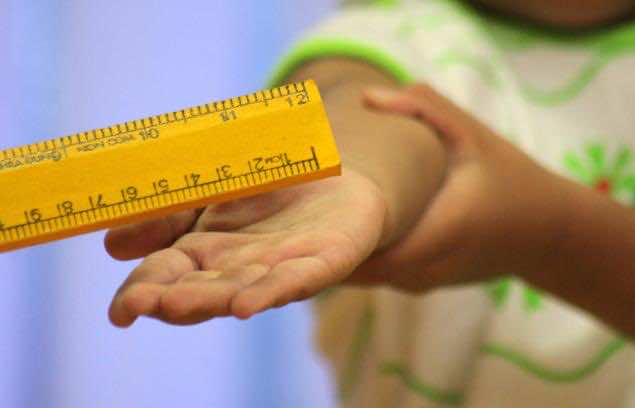 Some teachers use corporal punishment because they have the authority to use it in order to punish and discipline students. Some use it as an excuse to vent their anger and frustration because they are underpaid or going through some personal anguish unrelated to students and their performance in school. Corporal punishment in Moroccan schools is extremely harsh and should be abolished because it instills fear in students and affects their learning abilities, and can have long-term negative effects on their everyday lives.

I experienced fear as a result of corporal punishment when I was in elementary school, and still bear physical and emotional scars because I was frightened, beaten and humiliated. When I was in the second grade, my teacher singled me out to work on a multiplication operation on the blackboard. He stood next to me, with a shoe in his hand, ready to strike; I was afraid, and my mind was blocked. Instead of taking the time to figure out why I could not think straight, the teacher started beating me repeatedly and violently on my head with his sandal until I was bleeding profusely. This type of abuse probably affected my ability to perform well not only in school but also in my everyday life. This physical abuse did not help me by any means to become a good student; instead, I felt as if I was conditioned to being a failure every day. This constant fear made me vulnerable even outside school.

In my mind, it did not matter if I studied or not because I was going to be punished at any rate. I was always afraid to participate in class even when I thought I knew the right answer or could at least answer the question partially correct because the chance that I might get it wrong could cause me to be humiliated or beaten severely as usual. This fear developed in me the opposite sense of what it means to attend school, which killed my passion for learning. In other words, my impression of school and teachers was grim.

As recently as one month ago, a video surfaced on the Spanish TV channel Univision, showing a Moroccan teacher ruthlessly beating one of his students all over his body with a wooden ruler. Despite the student’s screams and repeated attempts to free himself, the violent teacher would not let go. This violent scene instilled fear in the rest of the class as they were forced to witness this horrifying assault. Seeing this video reopened my emotional wounds of how it feels to be tortured as a child. According to a 2013 study on violence in Moroccan schools conducted by the Ministry of National Education, violence is predominant in schools and corporal punishment is widely applied as a rule to discipline and correct students.

The same study found that “Nearly nine children in ten (87 percent) said that they had experienced physical violence from teachers or administrators at school,” including “blows with iron rulers, tying children’s legs together with a rope, blows to the hands and fingertips, slapping, electrocution (on the chest, legs and hands), kicking, [spanking] and making children raise their feet for two hours.” These violent acts are the types of punishment I had to endure throughout elementary school, and they have nothing to do with the goals and principles of education. The only thing I learned was to be violent. I was belligerent and vindictive in school and at home. All these pain-inflicting practices made me develop a sense of learning with violence and disposed me to an inferiority complex about myself and education.

Corporal punishment has long-term negative effect on children, which in some instances may be psychological. In other words, the pain inflicted by the teacher is not confined to physical pain, but can become emotional. The infliction that I suffered when hit or humiliated by the teacher did not end with the class session or the school year. I could not help but allow these violent, traumatic memories to continue into my adulthood in the form of nightmares and flashbacks, which still haunt me. This ill-treatment has adversely affected me in more ways than one. For instance, my faculties and abilities to learn other things unrelated to school have been weak. Similarly, this trauma forced me to adopt a different approach towards teachers, and administrators and school. Instead of thinking about them as educators and mentors, I have considered them as unfriendly people who take pleasure in torturing innocent learners. These violent memories can cause distress, which can lead to suicide in some cases. Hence, students who are taught with a different disciplinary action that does not involve violence are likely to score far better than those exposed to or experiencing violent torture at the hands of a teacher.

In my case, instilling fear did not always guarantee that I would listen to or obey my teachers and parents. It made me skip school several times, hoping to drop out because I just could not stand the physical punishment as a disciplinary action. Anytime I was caught, they referred me to the administration where they doubled my punishment. Moreover, some parents in Morocco, including my mother, favor corporal punishment in school, claiming that it is the only way student will take school seriously and start working hard to score better. Although my parents knew the violence that I was subjected to, they still supported the teacher’s actions instead of trying to learn if pain-inflecting measure as a pedagogical method was really working or if it was over the board. Both parent and teacher justify fear and pain as a measure to improve kids’ performance and behavior.

In fact, some kids are more likely to fear their teacher than to fear their parents. However, it does not always assure the kids’ obedience; that is why, parents believe that the teacher has the authority to discipline the students regardless of how harsh the punishment might be. In fact, they are glad to know that their kids are afraid of their teacher because he or she has the authority to discipline them.

Physical punishment should be banned in Moroccan schools and be replaced with alternative disciplinary measures, including psychological techniques of punishment. If a teacher cannot use a better way other than punishing and traumatizing a student for not doing his homework or skipping school, then he is not qualified enough to educate. Education has nothing to do with physical or even mental abuse. Rather, education should create a symbiosis for learning through activities that will attract student to pay attention and be excited to come back to school.

Zaid Khartit is a student at Oklahoma City Community College majoring in Spanish.