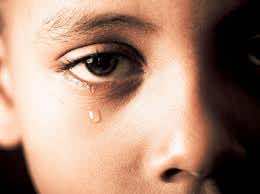 The Moroccan magazine Jeunes du Maroc published on Wednesday, statistics from a survey conducted in 2011 on child abuse in Morocco.

According to the survey results, a total of 7211 people were prosecuted for abusing minors.

23 children died because of physical assaults, and 1,384 children were severely abused, inducing a temporal physical disability that lasted 20 days or less.

Furthermore, 660 cases of violence against children causing a physical disability for more than 20 days were recorded.

912 cases of pedophilic crimes with violence were noted, as well as 482 cases of sexual abuse without violence. 353 cases of rape inducing defloration were also recorded.

However, the survey results did not shed light on any cases of psychological and verbal violence against children despite their recurrence in the Moroccan society.

“There is a tendency to condemn physical violence against children and overlook psychological and verbal abuse, though the consequences of the latter are even more devastating,” stated Najat Anwar, president of the Moroccan association, “Don’t Touch My Child,” according to Jeune du Maroc Magazine.