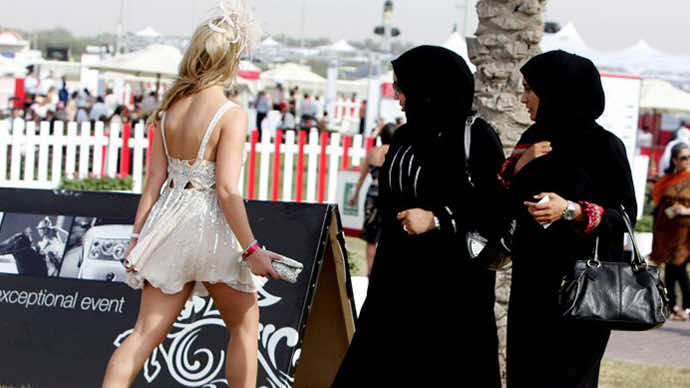 According to Reuters, the fatwa issued by the Islamic law council of Aleppo’s Fardous neighborhood concerns all Muslim women in the rebel-controlled territory.

“Muslim women are banned from leaving the house in immodest dress, in tight clothing that shows off their bodies or wearing makeup on their face. It is incumbent on all our sisters to obey God and commit to Islamic etiquette,” the statement on the Fardous council’s Facebook page says as cited by Reuters.

According to the same source, the statement “which was published on the Fardous council’s Facebook page” was applauded by religious supporter, arguing that people should follow “certain etiquette in public” while some “activists” slammed the move as another attempt by Islamists to impose Sharia in rebel-controlled territory.

While some consider the fatwa fake, others said that it is one of the means used by Assad’s supporters to instill fear in people from Islamist rebels.