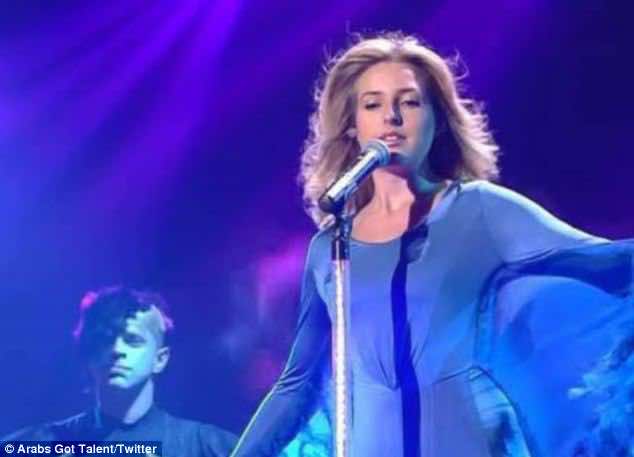 Fez- Jennifer Grout, he American singer who stunned the Arab and the world audiences with her voice got the second spot in the final of the third season of Arabs Got Talent, which was held in Beirut on Saturday night.

The winner of the this season is the Syrian dancing group SIMA, which consist 35 members. The groups performed at the final with only six of its members.

The first place winner receives $133,000 and a brand new car in addition to a contract with MBC channel.

Jennifer Grout attracted all spotlights after she sang a song by the legendary Egyptian singer, Oum Kalthoum, while playing on the exotic “Oud” instrument.

Further astonished were Arab’s Got Talent’s jury and audience when they learned that she did not master classical Arabic, yet performed the song as though she were fluent in Arabic. Jennifer Grout later explained that she looked for the meaning of those Arabic songs on the internet.

“No, I don’t speak Arabic, but I sing it!” responded Jennifer to AGT hosts’ question on whether she spoke the language she sang.

Jennifer Grout also sings in Amazigh also known as Berber the native language for many cultures in North Africa, and videos of her singing Amazigh songs baffled the public with amazement.