Rabat - A former commander of the Polisario Front, Mustapha Salma, has sent a personal letter to the Personal Envoy of the UN Secretary-General, Christopher Ross, in an attempt to seek relief for his family. 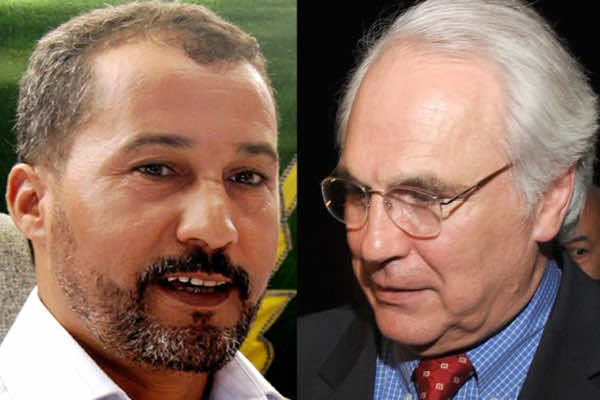 Rabat – A former commander of the Polisario Front, Mustapha Salma, has sent a personal letter to the Personal Envoy of the UN Secretary-General, Christopher Ross, in an attempt to seek relief for his family.

This is not the first time Mustapha Salma has tried to get in touch with Ross. He met him last October in Mauritania and asked him to personally intervene to find a solution to his situation and reunite him with his family.

In a press conference, on August 9, 2010 in Smara, he expressed support for Morocco’s autonomy plan as a lasting settlement to the Sahara conflict, saying that he will return to explain the autonomy initiative in the Polisario-run camps in Tindouf.

Afterwards, Mustapha Salma was kidnapped, secretly detained and tortured for 71 days by the Polisario militias. His release came following an international campaign that laid bare the inhuman practices of the separatists.

A copy of the letter was published on Moroccan Arabic online website Hespress.

To: Christopher Ross, Personal Envoy of the UN Secretary-General in Western Sahara.

It’s my great honor to write to you this letter to remind you of my family’s sad situation after I was taken away from them in the Algerian camps. This is the same situation which you promised me you would look into with the other participating parties during your last visit to the area.

As you know, Mr. Personal Envoy of the UN Secretary-General, I was deported from the Sahraoui camps in Algeria to Mauritania at the end of November 2010.  Since then my family and I have awaited a solution that will reunite us.

We have run out of every solution, we have tried legally to address the problem to the Office of Refugee Aid in Mauritania and Algeria, we have addressed the Mauritanian Authorities and human rights organizations to stop the suffering of our family, and we have personally contacted you as well to look into it.

I have received only one offer from the Refugee Aid to take refuge in Finland but without my family. The offer failsto reunite my scattered family.

Mr. Personal Envoy of the UN Secretary-General, my children’s need and mine in finding a solution nearby the Western Sahara has been my request since receiving the Refugee Aid’s call during my arrest by the Polisario in October, 2010. And as I have brought to your attention in our last meeting on Monday, October 21st, in Nouakchott, Mauritania’s capital, to personally vouch for me to obtain a permanent residency in one of the countries concerned with the Western Sahara issue where most Sahraoui live; Morocco, Algeria and Mauritania, all of which you make sure to visit during all of your visits to the area, until the Sahara issue is resolved.

I hereby renew my plea for an urgent solution that will reunite me with my family and guarantee our right of travel and freedom of speech.