Fez - On Sunday of last week, the Moroccan National Debate Team had their first competition of the season. 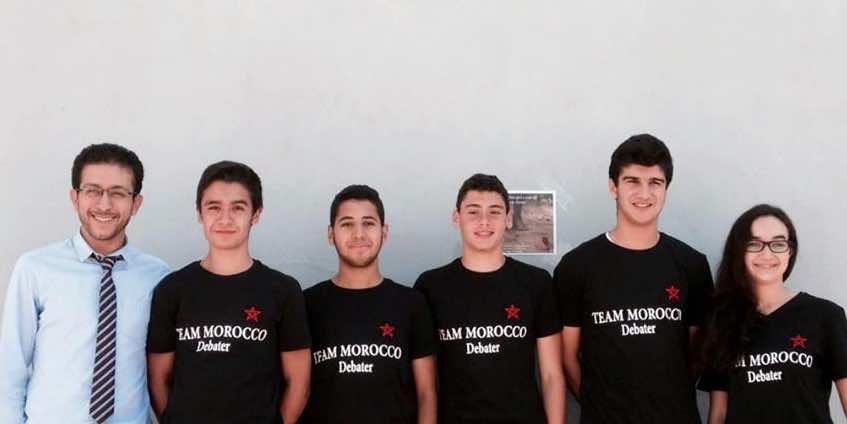 By
Ilona Alexandra
-
Ilona Gerbakher is a student, traveler and writer currently living in Rabat and studying French, Arabic and Darija.
May 20, 2014
Spread the love

Fez – On Sunday of last week, the Moroccan National Debate Team had their first competition of the season.

The consensus from the judges, debaters and observers? The team is in it to win it! In a four hour long debate tournament, six debaters (three from the “A” team and three from the “B” team) practiced the world school style of debate in a team-sponsored mini tournament. The mini-tournament served as an ice-breaker and an introduction between parents, students and coaches, brining together dedicated Moroccan debaters from Tangier, Marrakesh, Fez and Rabat.

The two resolutions debated—one about banning skin whitening cream in Africa, the other about the nature of absolute versus relative morality—brought out passionate, personal stories from the debaters. Mohamed Bousfiha, who was on the team supporting the banning of skin-whitening creams, mentioned that skin whitening isn’t just an issue for abstract debate: “this is an issue that affects my mother, my sisters, and my future daughters. No woman, no matter her skin color, should ever feel anything less than beautiful, and no woman should ever feel that she should change her skin color just to look more like oppressive white beauty standards.” Strong, eloquent words from such a young man!

The biggest surprise of the tournament was perhaps Rim Belkouadssi, the lone girl in a room full of boys. As the youngest, newest member of the team, (and the only team-member from a Moroccan, rather than from an American school) nobody knew quite what to expect from Rim. But she more than held her own, singlehandedly winning the second debate and racking up the highest speaker-score of the day.

If Sunday’s debate is any indication, the Moroccan National Debate team is a very strong contender in Thailand’s international tournament this coming August. If you would like to support this team and their efforts to bring home an international trophy, click this link  (Team Morocco) and contribute to their efforts!