Casablanca- Moroccan singer Dounia Batma, who was listed among MWN’s most “Controversial Trinity” (Latifa Ahrar, Sina and Dounia Batma) in 2013, has recently come under fire from Moroccans on social networks—this time for speaking a dialect of Arabic other than the Moroccan darija on an Arab TV Show. 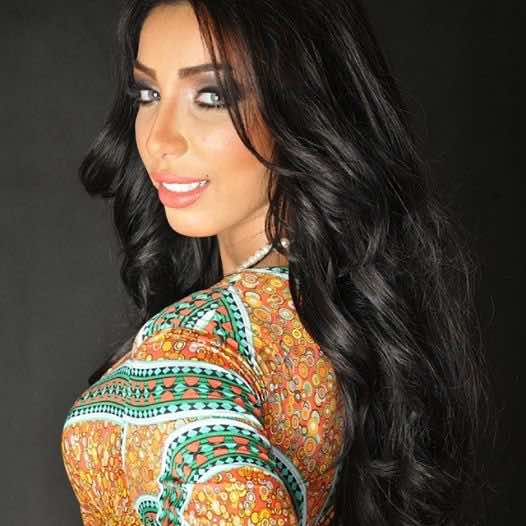 By
youssef sourgo
-
Youssef Sourgo is currently a Master’s student in Linguistic and Literary studies at Ain Chok Faculty of Letters and Humanities.
Jun 8, 2014
Spread the love

Casablanca- Moroccan singer Dounia Batma, who was listed among MWN’s most “Controversial Trinity” (Latifa Ahrar, Sina and Dounia Batma) in 2013, has recently come under fire from Moroccans on social networks—this time for speaking a dialect of Arabic other than the Moroccan darija on an Arab TV Show.

Dounia Batma was recently the guest of Arab TV Show “Sabah Al Arabiya,” which is broadcast on Al Arabiya. The episode shed light on Batma’s successful new single “Hani Hani” as well as her forthcoming album, to be released after the religious celebration of Aid Al Fitr (at the end of the holy month of Ramadan).

While talking about her single, the Moroccan singer did not use one word of her native Moroccan darija, which was not well received by a number of Moroccan viewers.

The bulk of the reactions to Sabah Al Arabiya episode, recently uploaded to YouTube, were less concerned with the latest news of Batma and more with her speaking a variety of Arabic—Khaliji, or Middle-Eastern Arabic—rather than Moroccan darija.

“Dounia, you look very beautiful,” commented a Moroccan YouTube user, “but you should have spoken Moroccan Arabic since you’re your country’s ambassador there. They [people in the Middle East] understand our [Moroccan] dialect.”

Other Moroccans cast harsher light on Batma’s use of Khaliji, and went beyond that to accuse her of being “unfaithful to her cultural origins.”

“Talk in Moroccan Arabic. You renege your origins when Moroccans are behind your success and voted for you in Arab Idol. I never heard an Arab artist speaking Moroccan Arabic in a show,” another YouTube said.

After marrying with the Bahraini millionaire Mohamed Al Turk, who is currently her personal manager, Batma has been subjected to harsh faultfinding by Moroccans, who disapproved of her marriage to a man already married and father of a young girl.

Dounia Batma came to the spotlight in March 2012 after her startling performances during the first edition of Arab Idol. Batma’s soulful voice enabled her to qualify to the final of the competition, which she lost to Egyptian Carmen Souleyman.